10 Legendary Historic Hotels Around The World 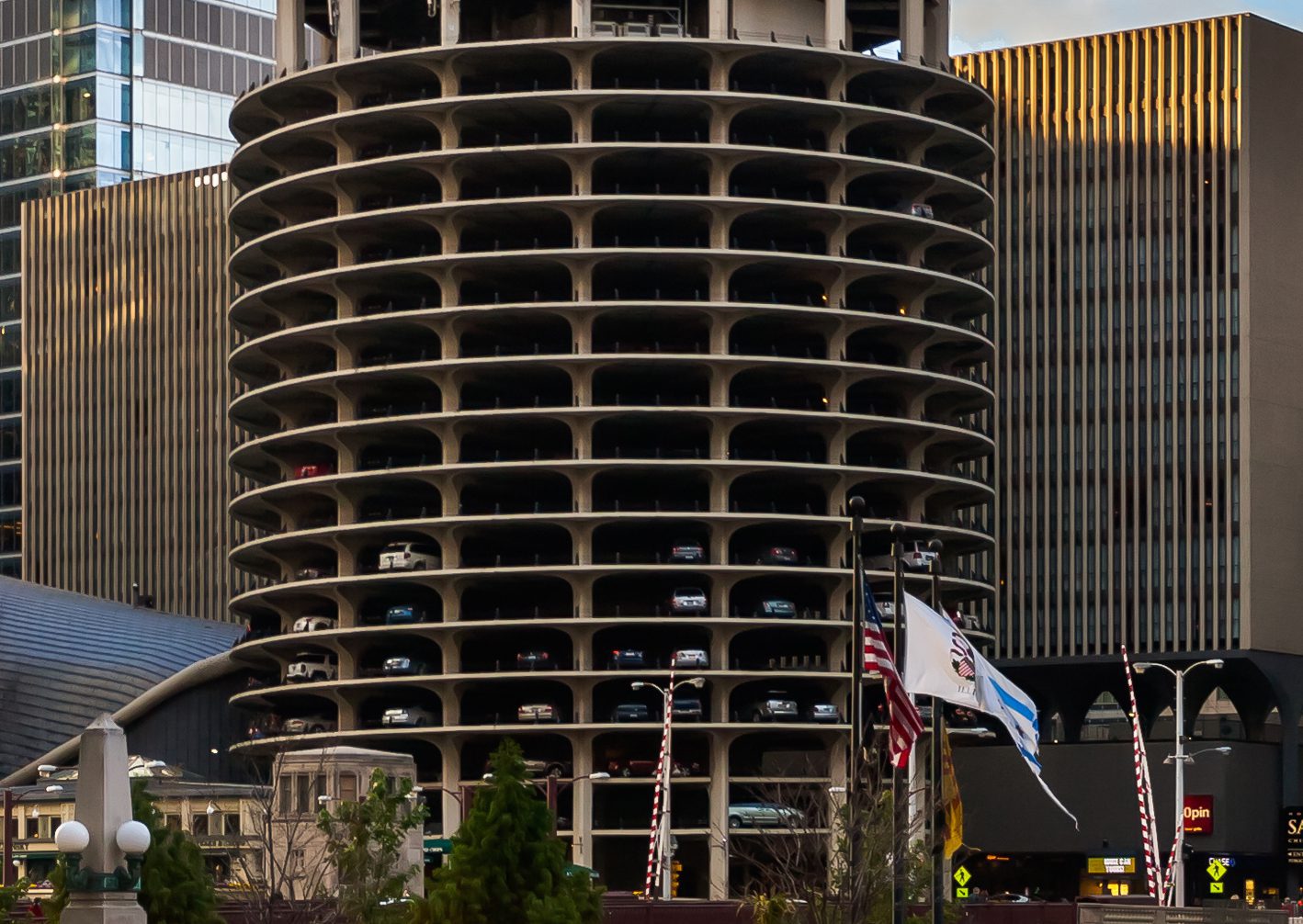 Are you looking for the most classic and breathtaking hotel castles across the globe that will give you that exhilarating feeling and comfort that you can only experience once in a lifetime? We have compiled a list of 10 legendary and Historic Hotels across the globe that have stood the test of time, yet their quintessential beauty and glamour remain unfading. These historic hotels are embellished with great historical facts as several great men and women have been reckoned to have lodged at least in one of them. Why not make yourself part of history by sleeping on the same roof with great icons and legends who have been noted to have graced these exquisite edifices with their royal and iconic presence?

10 Legendary Historic Hotels Around the World

Here is a list of the ten legendary historic Hotels across the globe:

Thornbury castle is noted to be one of the most exquisite hotels with top-notch, world-class facilities. King Henry VIII and Anne Boleyn were noted to have spent ten days of their honeymoon in the Hotel’s bed-chamber. While here, they were reported to have taken a royal walk around the ancient garden.

This quintessential castle is steeped in history as it is noted to be the first and only Tudor castle that was converted into a hotel in England. Between 1485 to 1603, this phenomenal castle was under the renowned Tudor dynasty’s ownership of the UK, Ireland, and France. The well-tended vineyard around the building enhances the external outlook of the Hotel. This vineyard has been noted to be there for over 500 years. Have you heard of Thornbury before? It is from this vineyard that the wine is being produced.

This hotel castle has garnered positive reviews from users across the globe and it is rated as 9.5/10 by many for a two-person voyage.

This Hotel was refurbished and upgraded to a 5-star hotel in 2017, making it the oldest five star in Spain. This beautiful edifice has been in the spotlight since 1910. This quintessential world-class castle has played host to tourists across the globe. The Hotel is blazing the trail amongst other hotels in the region with their high standard and premium service delivery. This Hotel serves as a meeting point for people from all works of life as it opens wide its doors to warmly welcome everybody from all parts of the world irrespective of their race, religion, and culture.

There are about 108 well-furnished suites, classic rooms, and junior suites deluxe in this Hotel. The user-friendly world-class facilities in this Hotel are meant to take visitors to the peak of their ecstasy and comfort to make their stay in the Hotel a memorable one. This Hotel is situated at the heart of Granada contributes a lot to the beauty of the city.

If you love privacy, Jekyll island club resort is undoubtedly the best hotel resort for you.

This Hotel promises to give you the best moment of your life with ultramodern facilities in every room in the Hotel. The services they offer are worth every of your penny. The serene and nature-friendly environment will keep you busy as you admire the beauty of nature. Jekyll Island Club Resort is surrounded by many interesting places that you can visit to have fun. You can take a river stroll to the nearby river, relax in on the beaches, or choose to take a walk around the vicinity to admire the beauty of nature.

The prestigious Stanley Hotel is unique for its attraction and history. This Hotel situated at the alluring Estes Park, CO, is known for its customer friendly services and sophisticated facilities. It Hotel offers four exceptional lodging services:

The accommodation at the Stanley

The Beverly Hills hotel was founded in 1912 before the city even came to the limelight. The Hotel was originally owned by an affluent widow Margaret J. Anderson and her son Stanley S. Anderson who had been superintending the famous Hollywood Hotel. This happens to be one of the most exotic hotels in the world. The Hotel is situated at Sunset Boulevard. It is reckoned as one of the most famous hotels in the world with first-class facilities. One of the reasons why the Hotel is famous is due to its affiliation with Holywood, film stars, rock stars, and celebrities. The Hotel is made up of 23 bungalows and 210 rooms and suites. The pink and green designs and paintings of the Hotel are customized as the Hotel’s trademark colors and designs.

This historic hotel has been refurbished and upgraded to a 5-star hotel. The Hotel is well equipped with ultramodern facilities to give the visitors a wonderful experience. This beautiful edifice is dated back to the medieval period, precisely in 1228. This beautiful castle has been sold to several individuals from the 13th century to date. In 1970 the castle was sold to John Mulcahy, who renovated and expanded the castle. Gerry Barrett bought this caste for € 50 million in 2007. In 2012 the Hotel was auctioned for sale for € 25 million.

This 5-star hotel resort is situated on the Adriatic coast of Montenegro. The Hotel is commercially known as Aman Sveti Stefan. This was a resort initially built on the Island, but it has recently been extended to the mainland. The resort comprises 50 rooms, suites, and cottages on the Island and eight oversized suites at the Villa Miločer. The Hotel offers world-class facilities that are meant to provide customers with maximum comfort.

This newly refurbished Hotel is renowned and famous for playing host to most of Paris’ influential men and women since 1898. The renowned Herminway bar, christened in honor of the legendary writer himself who once noted that the only cogent reason why people boycott the Ritz is simply that they can’t afford the luxury and services it offers. This prestigious Hotel is steeped with an unforgettable history. Legends have it that this Hotel was used as Luftwaffe headquarters during world war II after the Germans invaded the Hotel. It was also said that Hemingway liberated the bar after the withdrawal of the Nazis from the Ritz. Legends have it that Heminway went to the bar as soon as the Nazis withdrew from the arena and ordered champaign for everyone as a way of performing a cleansing ritual for the bar, which was under siege.

The Negresco remains one of the best places that will give you maximum comfort and relaxation. The Hotel was originally established in 1913 and has remained in the spotlight since its inception. This Hotel epitomizes the legend of the French Rivera. The exotic and world-class facilities found in this Hotel are meant to take you to an Eldorado of pleasure and comfort. The structural designs of the Hotel are epic and second to none. Henri Negrescu made the decoration and designs of this beautiful edifice. The Hotel’s plans drew the attention of the public and catapulted it to the hall of fame. The Hotel has played host to celebrities and other influential men and women worldwide.

This is an exotic hotel with world-class facilities. The services they offer are topnotch and second to none. Guests who check into this classic hotel are entitled to free wifi, area shuttle, breakfast, valet parking, and other interesting perks and packages. Monastero Santa Rosa Hotel and spa will give you an exhilarating experience you will always live to remember. There are many recreational facilities, like the sauna, fitness center, and an outdoor pool to keep you engaged.
Santa Roza spar provides the following services: body wraps, facials, body scrub, deep tissue massages, etc. Please note that Guests between sixteen years and below are not given access to the spa. The spa provides a vast array of therapy services to people across the globe. Santa Rosa Hotel and spar will take you to the peak of ecstasy. Try it out, and you will be glad you did.

The antiquated and legendary hotels listed above are unique because they have been able to stand the test of time despite the rapid change in industrialization. The fame and grandeur of these historic hotels have remained unfading. The aforementioned legendary historic hotels are timeless as they have evolved with time, thereby competing favorably with other modern hotel resorts. Visiting these hotels will not only take you to the peak of ecstasy, but you will also be nourished with the milk of human history.