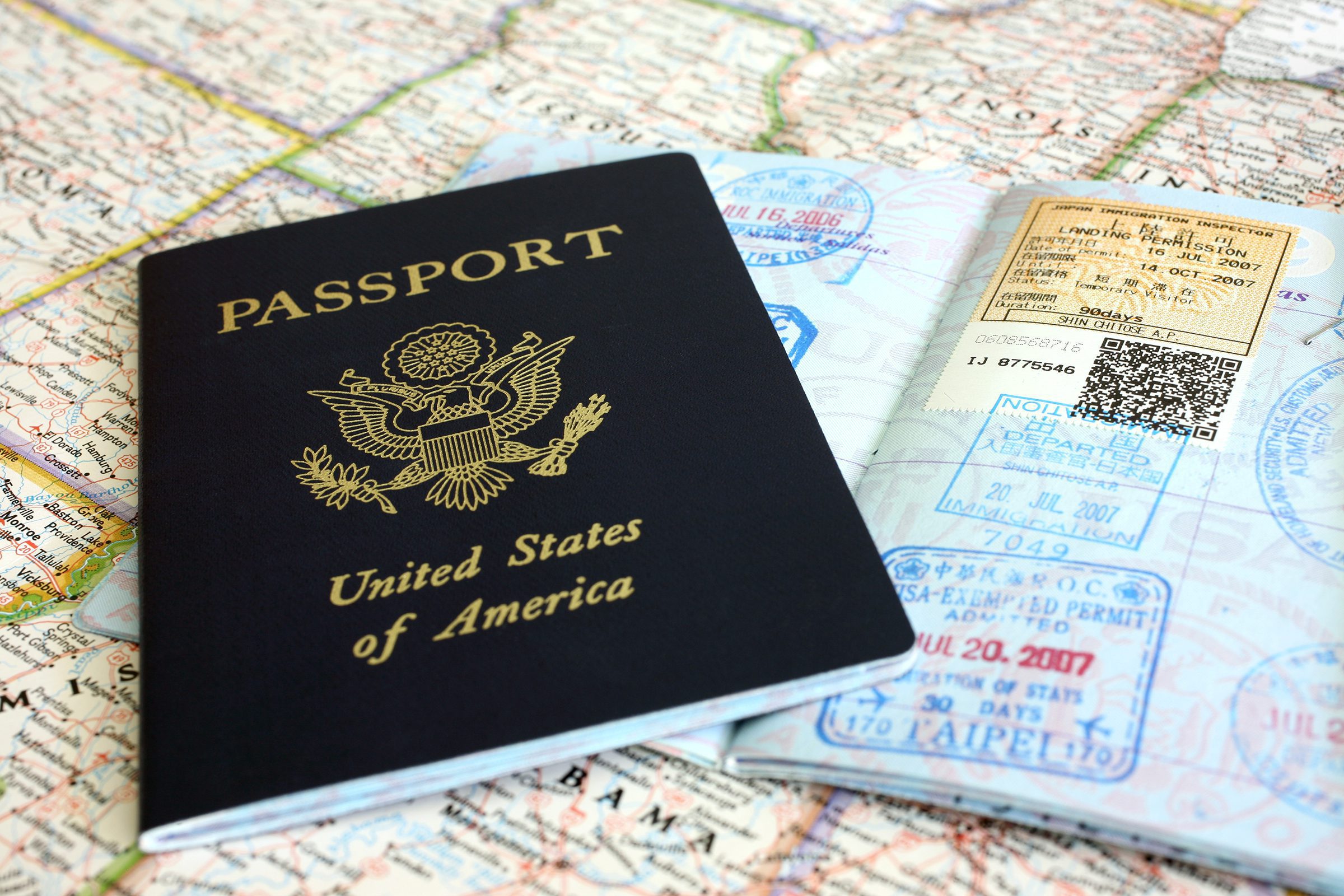 Being an American sure comes with its privileges. One of these is the freedom to travel to a startling number of countries without a visa. With a passport index score of 185, the American passport stands tall as the eighth most powerful passport in the world.

That’s pretty awesome, right? But, there’s a lot to it. There are still places where simply waving the blue passport doesn’t give you access to, well at least not easily.

This happens for a lot of reasons which could range from politics, safety issues to some other reasons that aren’t really known.If you’re an adventurer, and you like travelling then I’m sure you’ll do what it takes to still visit some of these countries despite the challenges they may bring.

5 Most Difficult Countries to Visit With an American Passport

If North Korea is on your bucket list, I’m sorry to say, you might have some difficulties since it’s one of the most difficult countries to visit, visiting this Asian state as an American. Trying to plan a trip to this destination proves to be quite challenging due to political tension being the American and North Korean government.

A shocking announcement was made in 2017 in the United States. For some reason, Americans were banned by the Trump administration from visiting North Korea. This and many other reasons helped fuel tensions between both administrations. At the moment, the status of how things might be in the future is still uncertain.

Taking a trip down memory lane, before covid-19 and travel bans. A reasonable number of Americans visited the country yearly. Although these visits weren’t entirely easy though. This is because the only way to visit the country was to employ the services of an official North Korean guide. Exploring the country independently is almost impossible.

If you didn’t know this country before now, Turkmenistan is in Central Asia. The Karakum Desert covers it largely and it also shares a boarder with the Caspian Sea.

An important requirement for visiting this destination for a U.S. citizen is a letter of invitation signed by the Turkmenistan government and a visa.

But, having these in hand and even contracting a local guide doesn’t guarantee access into the country. Quite a few people are selected to visit the country giving it the most difficult countries to visit.

There’s another way to experience this destination. Obtaining a transit visa to visit the country is possible if you’re journeying through Central Asia. If granted, a transit visa enables you to explore the country and some of its notable sights such as the beautiful underground lake called Köw Ata and the Yangykala Canyon. You can experience these for three days as you transit through the country.

This serves as last resort for a lot of people denied of visa.

How to get a second citizenship by investment

A surprisingly hard country to visit with an American passport is Angola. To visit Angola you need to be invited by a local resident in the country and a certificate verifying you’re yellow fever-free. These requirements required are in addition to a tourist visa. This visa, if granted, is quite challenging for Americans to obtain and it takes about two months to process.

Meeting all the requirements for obtaining the visa might give you some confidence that your application would go through. But Angola is famous for declining visa requests for unsure reasons.

If you make it through these hurdles, congratulations! But you’ll still have one last obstacle to cross. For someone coming from the United States, there aren’t direct flights to Angola. Also, there are not many flights to Angola from Europe, Africa, or South America.

The second cold war resulted in military and political tension between the United States and Russia. Although, in recent times, there have been discussions to help ease this tension. Despite all this, bearers of American passports still have a hard time gaining access to Russia. First, you’ll have to complete a long application containing a lot of questions. It is also required of you to submit itineraries, detailed documentation of your travel history, your current and previous employers and also you need to tell them the charity organizations you have associated with. That’s quite a lot.

However, these requirements haven’t stopped Americans from visiting this destination, giving it the most difficult countries to visit. The number of visitors to Russia has been on a constant increase due to beautiful attraction sights which it is famed for such as the noteworthy cities of Moscow and St. Petersburg.

If you’ve ever dreamed of visiting Iraq, it’ll interest you to know it’s possible to visit this travel destination as a U.S. citizen. Although it’s possible, you’ll have a good number of challenges to deal with. The first being the warnings given by the U.S. government to discourage you from visiting there. This is due to the risk of kidnapping and terrorist activities in Iraq.

However, if this discouraging messages do not sway your will. You still have the visa application process to complete, which must go through the Iranian Embassy in Washington, D.C.

You may be asked to produce a medical report stating your negative status for Hepatitis B and C, and HIV. Meeting these requirements may grant you the ability to visit the country. But when you arrive the country as a foreigner, you have to make sure you obtain an arrival sticker and a residency stamp. Without these, you won’t be able to travel.