10 Best Places to Visit in Poland 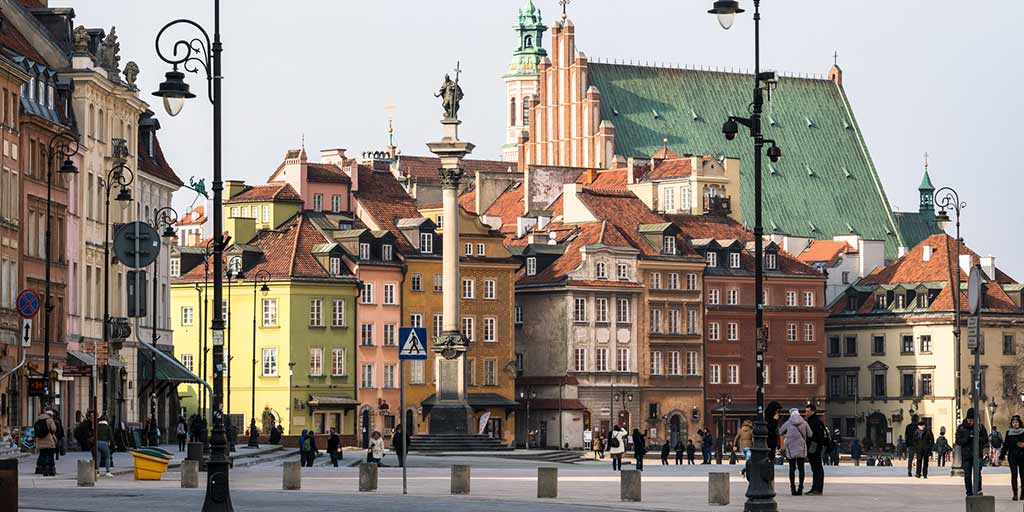 Where to visit in Poland? The city is hewn in middle-aged architecture, spellbinding natural sites, mountains, and parks, including the oldest salt mine in the world. The country has 14 UNESCO Heritage sites and its cities hum with art vibes, culture, and great tourist attraction spots. Here is a list of the 10 best places to visit in Poland.

It is a medieval town also known by its German name of Marienburg. It is most notable for its lustre castle, known to be built during the 13th century as the headquarters of the Knights of the Teutonic Order.

It has the largest Gothic fortress in Europe named after the Virgin Mary, the patron saint of the city and castle. It took over 230 years to erect the castle, of which most parts were destroyed in the war but also fairly rebuilt.

Lublin is situated on the east of the Vistula, yet another ancient town with a market square that possibly dates back to the 6th Century. It is one of the best places to visit in Poland, once home to the biggest community of Jews. However, the cobblestones roads and ancient architecture embed lively artistry and exotic nightlife.

Oskar Schindler’s metal and enamel factory are among the popular places to visit in Poland. It now houses two museums, part of which is the Museum of Contemporary Art, and the other, Oskar’s former office and factory floor, now made a branch of the Monumental Museum of the City of Krakow. The factory was used by Schindler to save lives during the raging WWII and has since been preserved intact. It is one of the best places to visit in Poland.

It is sited on the outskirts of the small town of Gryfino. It is notable for several pine trees standing solo and growing at a 90 degrees angle at the base, all of which slides northward.

The trees were planted in the 1930s and took over 10 years for the trunks to exhibit their bending prowess. The strangeness of these curved trees makes Crooked Forest among popular places to visit in Poland.

This museum is dedicated to the 1944 Warsaw Uprise, where the Polish Underground Resistance combatted Germans of their city. The feud lasted 63 days, with several fatalities on both camps.

In retaliation to the Polish, the Nazi soldiers destroyed many historic buildings and the museum was erected to preserve the Polish spirit years later. Thus, why Warsaw became one of the best places to visit in Poland.

This is an eclectic castle constructed in medieval elements combined with Baroque and Renaissance detailing. Wawel is among the best places to visit in Poland and one of the first to be declared a Heritage Site. King Sigismund I the Old lived in the castle in the 16th century and amassed avid collections of art, armoury, porcelain, ceramics, textile prints, medieval furniture and Ottoman tents. That’s why the castle is currently a crucial art museum, focusing on curatorial and paintings.

This is Hitler’s secret military base, hidden deep in the Masurian lumber. In its active days, it was surrounded by three fortified security zones, land mines and heavy-armed units. It had about 80 buildings, shelter bunkers, and towers, most of which couldn’t be destroyed by Nazi forces in 1945.

It’s sited deep in the Tatra National Park, surrounded by high mountains and Swiss pines. Its lake is a captivating destination for all ages. Aside from that the lake’s colour changes all through the year, from deep blue to turquoise hue, Morskie has several captivating sites that makes it among fun places to visit in Poland. Extending through both Slovakia and Poland, where it’s home to several waterfalls and over 600 caves. The Park, most of which is hikeable, has 270km trails.

The Hall dates back to the Renaissance period, is the centre of Poland’s international trade, which makes it one of the best places to visit in Poland. In the 15th century, foreign merchants sold exotic spices here from the East. Traders all over Europe came to buy salt from the Wieliczka Salt Mine, textiles, leather, and silk.

Travellers who long for scenic beauty will find it Tatra National Park a choice destination. Established in 1954, the Park sits in south-central Poland, has mainly forests, meadows and several rock formations that cover the Tatra Mountains. The park offers over 30 alpine lakes including the 230ft high Wielka Siklawa waterfall. Tatra is unarguably the most visited National Park, little wonder why it is one of the popular places to visit in Poland.

Still, looking for where to visit in Poland? The Polish spirit is preserved to date, with medieval architecture and exotic cultural activities for modern tourists to revere.