10 Best Vegan Restaurants in the USA 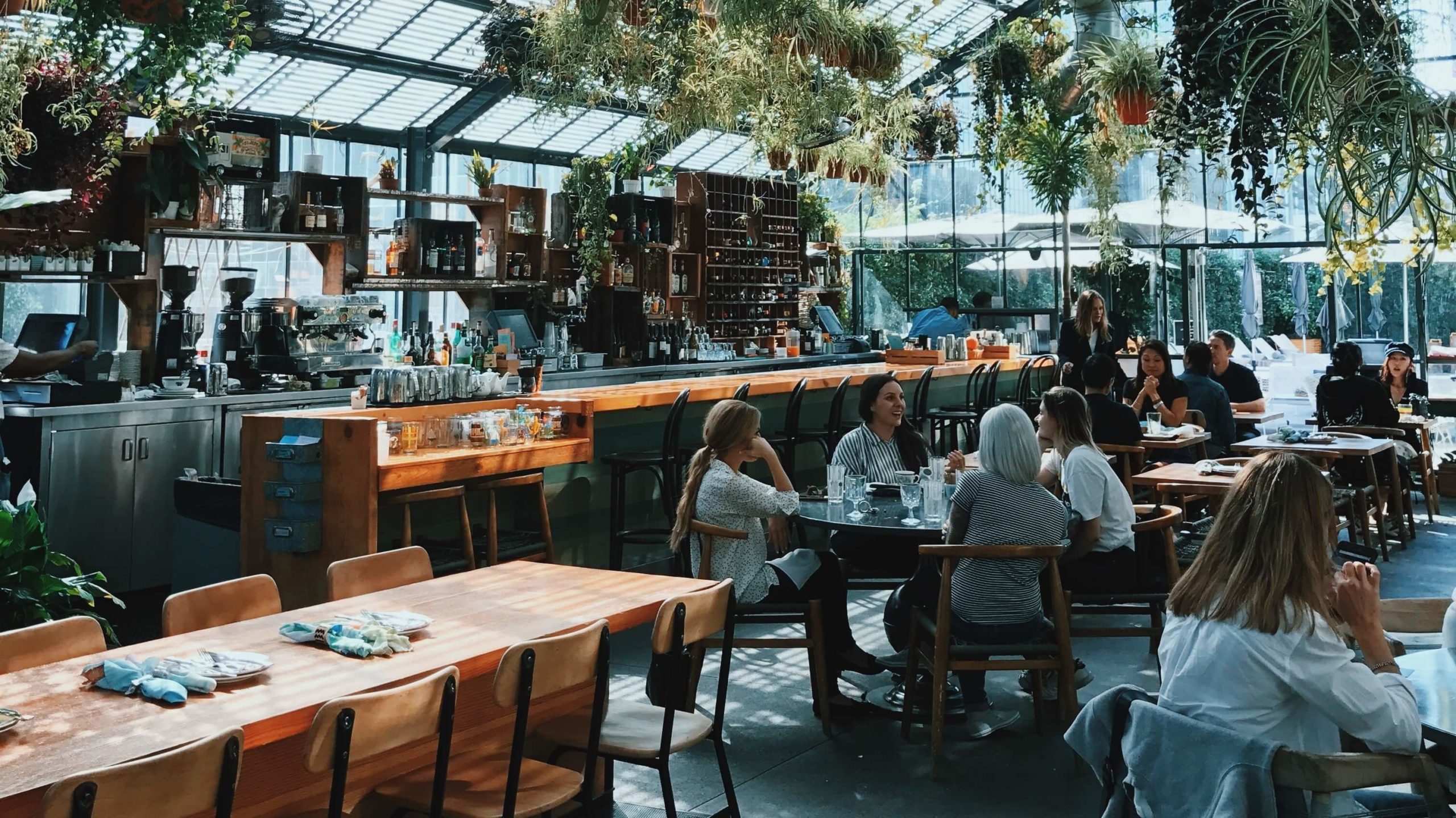 Let’s save the cows together. Here’s our pick of the 10 best vegan restaurants in the US:

Satisfy your cravings with a Buffalo cauliflower sub. If you don’t mind the soy, there’s chicken and waffles along with a faux-chicken gyro and a fishless po’boy. Also, their menu features healthier picks, such as the raw nori roll with lemon-garlic kale and hummus. With dishes like these, it’s easy to live in a la Vida vegan restaurant as it leaves you with a memorable experience.

The history behind this restaurant is quite an amazing one. The founder or CEO of this vegan restaurant,  Elizabeth Petty, was diagnosed with breast cancer. She discovered the benefits of a raw, vegan diet. For her, it was all about access to better health, vitality, and peace of mind.

She overcame her battle and decided it was time to share the plant-based lessons she’d learned. That’s when she founded Elizabeth’s Gone Raw in 2009. It’s not your customary vegan restaurant. It is held in a stunning townhouse that is regularly an event space.

The raw concept is only open on Friday nights, with reservations available from 6 to 9 p.m. Every week, the six-course tasting menu changes, but it is always worthy of the special-occasion status. Anticipate the best vegan food and dishes like Champagne sorbet and kelp-caviar service with rosé-pickled shallots, parsley-macadamia creme fraiche, and an Aleppo cracker; the mouth-watering dishes would make customers know there at one of the best vegetarian restaurants in the US.

Upgrade the experience with natural wine pairings. Remember, as the menu notes, that “any reference to conventional food is for context.”

Located in Minnesota, J. Shelby is a fine vegan restaurant that offers some of the best vegan food you should consider visiting if you’re in the US. Absolutely everything on the scratch-made menu is 100% plant-based. It offers a mix of creative bowls, seitan bacon-topped salads, cauliflower wings, and burgers, including a vegan spin on the locally created Juicy Lucy.

Featuring a housemade Beyond Burger blend filled with molten melted cheese, accented by lettuce, tomato, onion, and mayonnaise on a whole-grain bun, the sustainable and cruelty-free dish gives the dairy-filled ground turkey version a far more sustainable run for its money. They also offer the best Vegan foods you would really love to try out.

It’s one of the best Vegan restaurants in the US. The restaurant first launched in New York, but currently, it’s located in Boston.  Chloe offers flavorful salads, sandwiches, and veggie burgers that people line up out the door to try. The classic is made from pickles, onion, beet ketchup, and special sauce.

However, the Guac Burger has quickly made its way onto the list of iconic dishes in New York City. A meat-like patty made from black beans, quinoa, and sweet potato is topped with corn salsa, onion, guacamole, tortilla strips, and chipotle aioli, all stacked on a whole-grain bun. The restaurant serves soups, salads, sandwiches, and desserts.

Adding to our list of some of the best vegan restaurants in the US would be Shizen. Located in San Francisco and offer a menu that contains a variety of the best vegan food in the US. For many food lovers, one of the hardest things about going plant-based is giving up sushi. Shizen has got San Franciscans covered with the best Vegan foods.

If you’re looking for upscale vegan cuisine, you’ve found your paradise. Here, vegan ingredients undergo the kind of culinary techniques usually reserved for high-end meat-focussed menus, which in turn gives customers a feeling of being in one of the best vegan restaurants in the US.

One of the best Vegan restaurants in the US. It’s located in Miami. The open-air dining room is usually packed to the brim with beautiful locals sipping biodynamic, organic craft cocktails while noshing on flavorful dishes such as the gorgeous cannelloni.

Have you ever visited an exclusive vegan barbecue restaurant? If you haven’t, Homegrown is one of the best in town. They started a small cart on the corner of the street. Now, they’re a brick-and-mortar restaurant with a scrumptious menu featuring tofu fish fillets, soy-based chicken, seitan burgers, and tempeh ribs. Try the combo plate for various flavours that’ll leave you wondering how it isn’t meat.

Are you in New Orleans or planning to visit? The Seed comes to the rescue if you’re craving classic New Orleans dishes but prefer a vegan diet. The spacious eatery serves the best vegan foods like eggplant po-boys, gumbo, and artichoke cakes. Those craving outside-of-the-box dishes can opt for the pad. They’re made with cucumber and revel in the outstanding fresh juice cocktails.

Plum Bistro is one of the best Vegan restaurants in America. It’s located in Seattle. If you can’t decide which kind of food you’re in the mood for, opt for Plum Bistro, dishing out the best Vegan food, takes on all types of cuisines.

You could explore the numerous options available or try one of the restaurants featured on our list of the best Vegan restaurants in the USA to visit.

Click here for more on travel news and lifestyle