10 Places To Visit In Dubai 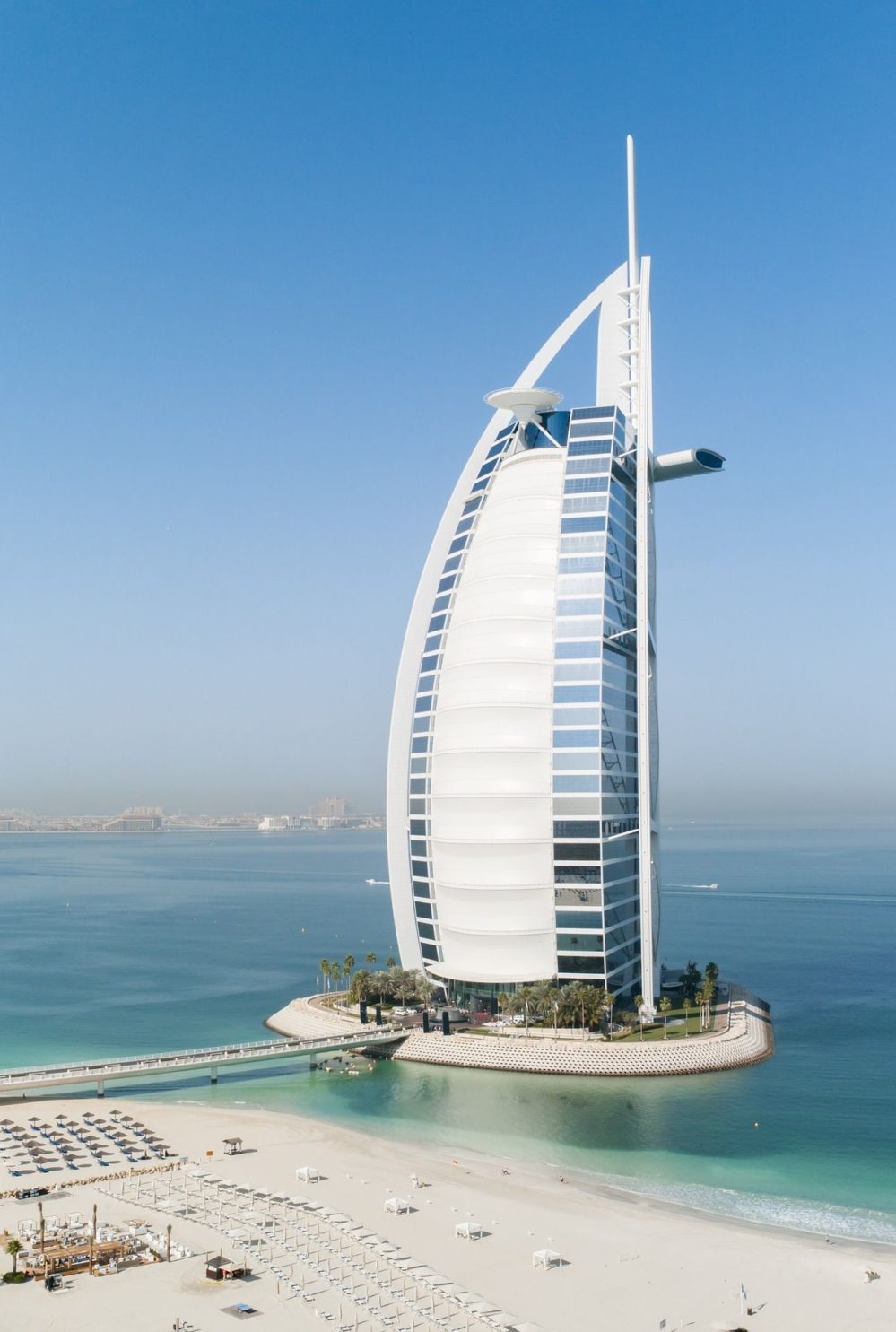 Dubai is a city known for luxury living, nightlife, exciting tourist attractions, and unique modern building. It is the largest city in the UAE( United Arab Emirates) due to its population, the United Arab Emirates, which consists of 6 other cities. Through the years, Dubai has transformed from a poor fishing village to a Disney wonderland with creative, ultra-modern building plans and projects ranging from the Burj Khalifa to the world Dubai, sunny beaches to the Dubai museum. Dubai is a place you should visit if you are looking for fun, excitement, and luxury in one place.
If you are planning a trip or still thinking about it, these are ten places to visit in Dubai that will make your heartbeat for the city like a late-night Dubai party.

This significant building, a Dubai work of art, is prone to get neck turn and tourist attraction. At 829.9 meters, the Burj Khalifa is known as the tallest building globally and likely the city’s most famous tourist attraction. A trip to the observation deck or floor is something you must check out during your stay in this beautiful city. The observation deck is on the 148th floor and has collected an award for the highest deck by the Guinness book of record. The beautiful view from the top is breathtaking, as you can see miles away, and is popular at night as tourists and locals come to view the city due to its bright night colors. Back on the ground, there are beautiful gardens and walkways and eye-catching centers of attraction like the Dubai fountain, also known as the world’s tallest performing water fountain. If you are the type scared of height, try not to get involved in this height filled adventure.

Known as the world’s tallest performing water fountain. This human-made fountain is powered by the Burj Khalifa Lake and is built by the WET DESIGN, also responsible for the Bellagio Hotel Lake fountain in Las Vegas. The beautiful and unique fountain at the Burj Khalifa’s ground level is a lovely sight to behold, spraying at 120 meters upward. It can be seen from over 20 miles away, but here are someplace that will help bring that piece of art a bit closer; Souk Al Bahar, the Dubai mall, the bridge, and the creek of Dubai. This fountain is a real piece of art, and it is known to attract visitors all around the year.

Go shopping at the Dubai mall

The Dubai mall is a place that has it all, from luxury to cheap; you can find it all there. The mall is known as one of the largest malls in the UAE, and round 12 million square feet to its name, it is known as the largest mall in the world; imagine the size of 50 soccer fields with everything you can buy. The Dubai store consists of about one thousand two hundred stores (1,200) and over 200 restaurants. The mall was developed by Emaar Properties and officially opened in May 2009. Need entertainment to spice up your vacation? Inside the mall is a cinema, an ice-skating ring, a gaming zone, and so much more. You should hold on to a map because you might just get lost in the mall of excitement.

Built-in 1787 to defend the Dubai creek, this old but present treasure once used as a residence to the family in power( the ruling family), a governmental seat, and also a lock-up prison. Restored in 1995, this old treasure is now used as the Dubai museum. The old walls are made out of coral blocks and were put in place with lime aid; the up floor was put together with wood made poles while the ceiling was made out of mud, palm fronds, and plaster. The entrance has a map to Dubai, showing the expansion after the oil boom.

This is one of the thousand things Dubai has to offer. The palm island is a human-made piece of art shaped in a palm known as the eight(8) wonders of the world. The island is made of three(3) sub island; Palm Jabel Ali, Palm Deira, and Palm Jumeirah. Known to attract eyes and also home to the luxury hotel Burj Al Arab, the palm island is populated with over five thousand( 5,000) homes, 60 luxurious hotels, cinemas, spas, malls, sport, and relaxation centers. It is home to the famous footballer David Beckham. Sheik Mohammed bin Rashid al Maktoum inspired the island to attract more people and a source of national income. Palm Island is the name, but it is said that’s it is tough to see a palm.

Dubai breaks another record with this modern architectural work. Burj Al Arab (meaning the tower of Arabs) is known the be the fourth (4) tallest hotel in the world. This building is shaped in the form of a sail and sits on the palm island. This building is 321 meters tall and is considered the only 7-star hotel globally. This gigantic piece of art sits on the coastline and contains two hundred and one (201) luxury duplexes giving a beautiful view of the ocean, private and luxury beaches.

Another part of this beautiful city, Jumeriah beach is a fun-filled sunny beach located and named from Jumeriah part of Dubai. Filled with fun and luxury, this sandy paradise has a lot of entertainment that can be held, from building a sandcastle with the kids, a long stroll on the beach, or even a lovely cruise on a yacht. The beach is home to the Burj Al Arab (Tower of Arabs), the Wild Wadi Water Park, Jumeriah Beach hotel, which was open in 1997 and has about 598 luxury rooms and suites, about 20 restaurants, and bars. This beautiful hotel is shaped in the form of a wave, which gives beauty to the Burj Al Arab.

This man-made piece of everything water located at Jumeriah next to the Arab (Burj Al Arab) Tower and the Jumeriah Beach Hotel. This water land has a wave pool, more than two water slides, two human-made surfing machines, and an eye catching waterfall. The park has multiple gift shops, 3 counted restaurants aside snack stand. The park is packed with many entertainment features that would not leave any part of the family’s wishing, like the Juha’s Dhow and Lagoon is a play area for the kids and has about hundred (100) water slides and games for children of all age and size.

The Dubai mall hosts many fantastic and unique features and is home to this underwater aquarium. Found under the Dubai Mall, the aquarium is known to attract a lot of tourists. Home to about one hundred thirty-five (135) different fish species and holds about ten(10) litter of water and known as one of the largest underwater city on earth. You can walk through this water-filled ecosystem through connected tunnels. Different activities can help you get closer to the underwater world, such as educational tours, shark diving, watching through the glass screen, etc.

With this, you are sure to have an exciting vacation in Dubai. You can also add view the city from a beautiful sight with a helicopter’s aid on your last day to take a picture for your photo album and if you want to make a longer list