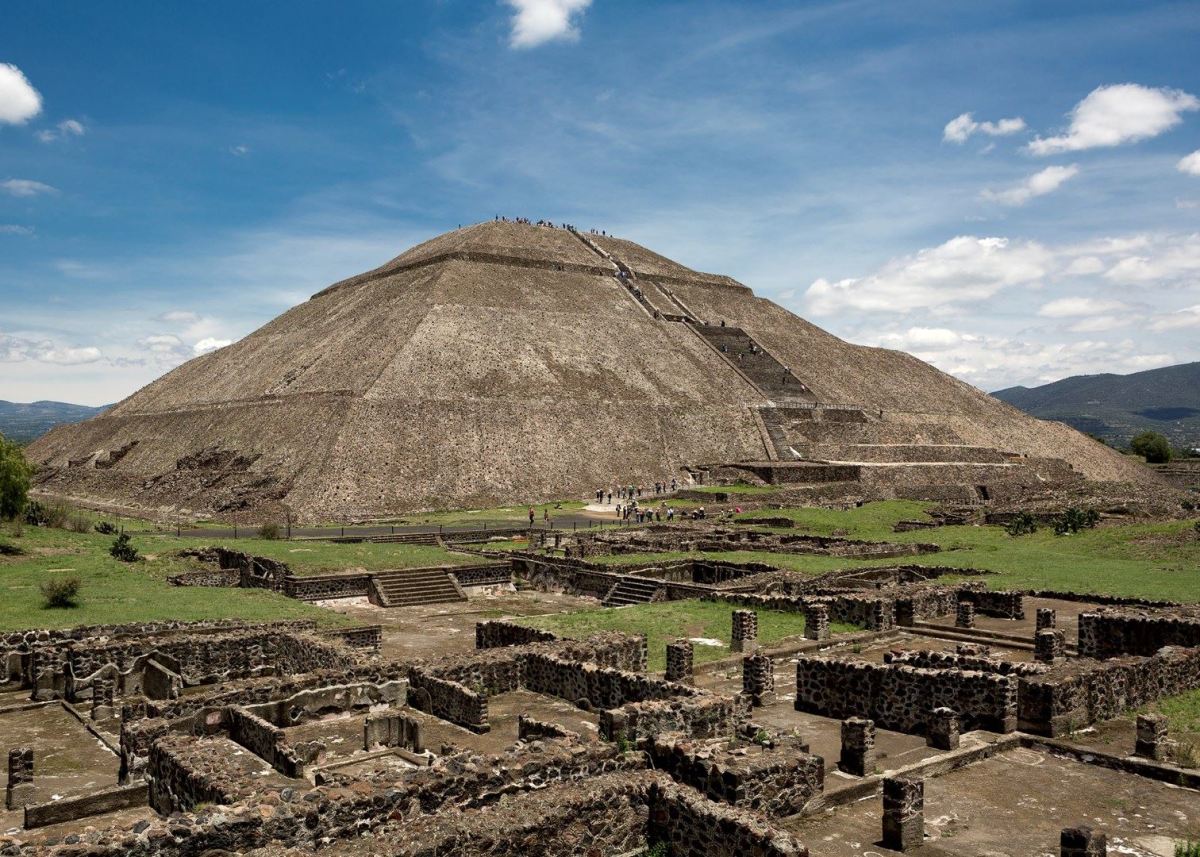 In this article,we’ve made a compilation of the top 12 most spectacular archaeological sites worldwide. Without further ado, let’s get to it!

The earlier settlers of what is now known as the United States were the Pueblo Indians. Showing evidence of their existence is a beautiful ruin called the Cliff Palace. The Palace Cliff can be found in the Mesa Veda National Park in Colorado. It is said to have been built over 900 years ago by the Anasazi (a tribe of pueblo India). Due to drought and changing environmental conditions, this structure was abandoned over two centuries ago.

The palace featured 23 Kivas and 150 rooms. The archaeological site was placed under the protection of the American government. This was due to damages it took after several persons in the 1800s looted it. Its fascinating architectural features and uniqueness earned it a place amongst the top 12 most spectacular archaeological sites.

Situated in Southern England, these structures have been an enigma to archaeologists and historians alike. About 100 huge stones are arranged in an upright circular format. Some of these stones weigh up to 40 tons and rising as high as 24 feet. This iconic ruin in England is absolutely one you must see before you die.

Many have pondered why this megalithic structure was built. Some historians say it was used for ritual ceremonies. Others claim it was a burial site; due to the number of bones found there. However, scientists have reason to believe it was some sort of astronomical calendar; different points on the structure relate to solstices, equinoxes, and eclipses (which are all astrological phenomena).

Also, on our list of the top 12 most spectacular archaeological sites, we have Qin Shi Huangdi’s tomb who died in 210 B.C.E. The tomb is located in China, not up to 40 kilometers from Xian. Qin Shi was the first emperor to rule over China. His reign was considered to be ruthless and autocratic.

His resting place is a massive structure with a circumference of one mile and a height of 165 feet. In this enormous pyramid-like structure, the emperor is accompanied by an 8,000 life-sized terracotta army (includes warriors and horses) set for battle.

About 4,500 years ago, the ancient Egyptians constructed the most spectacular pyramids that can be found on earth today. All who come before these pyramids marvel at the sight of them.

There is still an ongoing debate about how these pyramids were made. Scientists are yet to figure out how a civilization without present-day engineering mechanisms and machines was able to accomplish such a great feat.Thus, making this structure one of the most spectacular archaeological sites in the world.

Situated on the Orkney Island of Scotland is the stone village of the Skara Brae people. After close examination of this site, archaeologists discovered that the settlement was abandoned over 2500 BC. The question of “why?” is yet to be answered.

In the village, everything is made of stone. And surprisingly, they are intact (except for roofing of stone homes) even after all these years. This settlement is said to be older than the ancient Egyptian pyramids and the Stonehenge.

In the 9th century, the Khmer empire of Cambodia had a capital city called Angkor. Based on the available evidence at the site, historians are convinced the city was bustling with life with an estimated population of over a million persons. It is said to have been founded by King Jayavarman.

However,the 15th century marked the downfall of this once great civilization. All we have now are remnants of the past and many unanswered questions. To date, the hydrological systems of the ancient people of Angkor are still in place, huge sculptures and several fascinating sights are still preserved.

Another spectacular archaeological site you have to see before you die is the Geoglyphs of Nasca (also called Nasca Lines). Geoglyphs are massive drawings made on the ground. These massive drawings, which can be found in Southern Peru, were created between 200 BC and 600 AD by Nasca people.

The reason why these massive drawings were made is still unclear. We can see drawings of certain geometrical figures, plants, and even animals were depicted.Archaeologists and Historians are still trying to figure out what these drawings were used for.

Commonly found in several prehistoric sites are enormous structures. The Easter Islands of Chile isn’t any different. The island is dotted with over 900 massive structures called moai. Historians and visitors to this site are marveled at what they see. The origin of these structures dates as far back as 1200 AD. Some historians believe these statues were made to honor dead ancestors. This seems to be the most logical explanation at the moment. However, with time, we may get to learn something new.

Located in Mexico, the Chichén Itzá is a fascinating city to behold. Founded in the 6th century, calling it home were theMaya people. Evidence found showed the occupants of this city were advanced in skill and technology. They had an observatory tower to monitor the planets and well-designed homes believed to be occupied by the elites. Also, they engaged in sports activities. Here, the losing team leader(or the entire team) was sacrificed to the gods.

The Domus Aurea, which is Latin for “the Golden House,” is located in Rome. It was a massive palace built between 64 and 68 C.E by the emperor Nero. However, after the death of the emperor, the Golden House lost all its gold and other precious items. They were used in the construction of other structures in the ancient city of Rome.

This spectacular archaeological site is located in Norte Chico, Peru. It is estimated to have been built over 4,700 years ago. It’s a fascinating city that covers a span of 165 acres. About six pyramids have been found on the site, alongside several other structures.Also, some musical instruments such as flutes made from bones were found in the city. This gives historians an idea of how advanced this ancient civilization was.

Also on our top 12 most spectacular archaeological sites is another ancient city called Leptis Magna. It was constructed in the 7th century B.C.E. by the ancient Phoenicians. In modern times, its current site is in Libya. The city, which was once a marvel to behold, was damaged by natural disasters and invaders on several occasions. After much damage has been done to it, the once-thriving city was reduced to a ruin of dirt.

Several archaeological sites can be found across the globe. In most cases, historians have no clue how these enormous cities and gigantic structures were made.How did our ancestors build such enormous structures? What were these structures used for? These questions are yet to be answered.