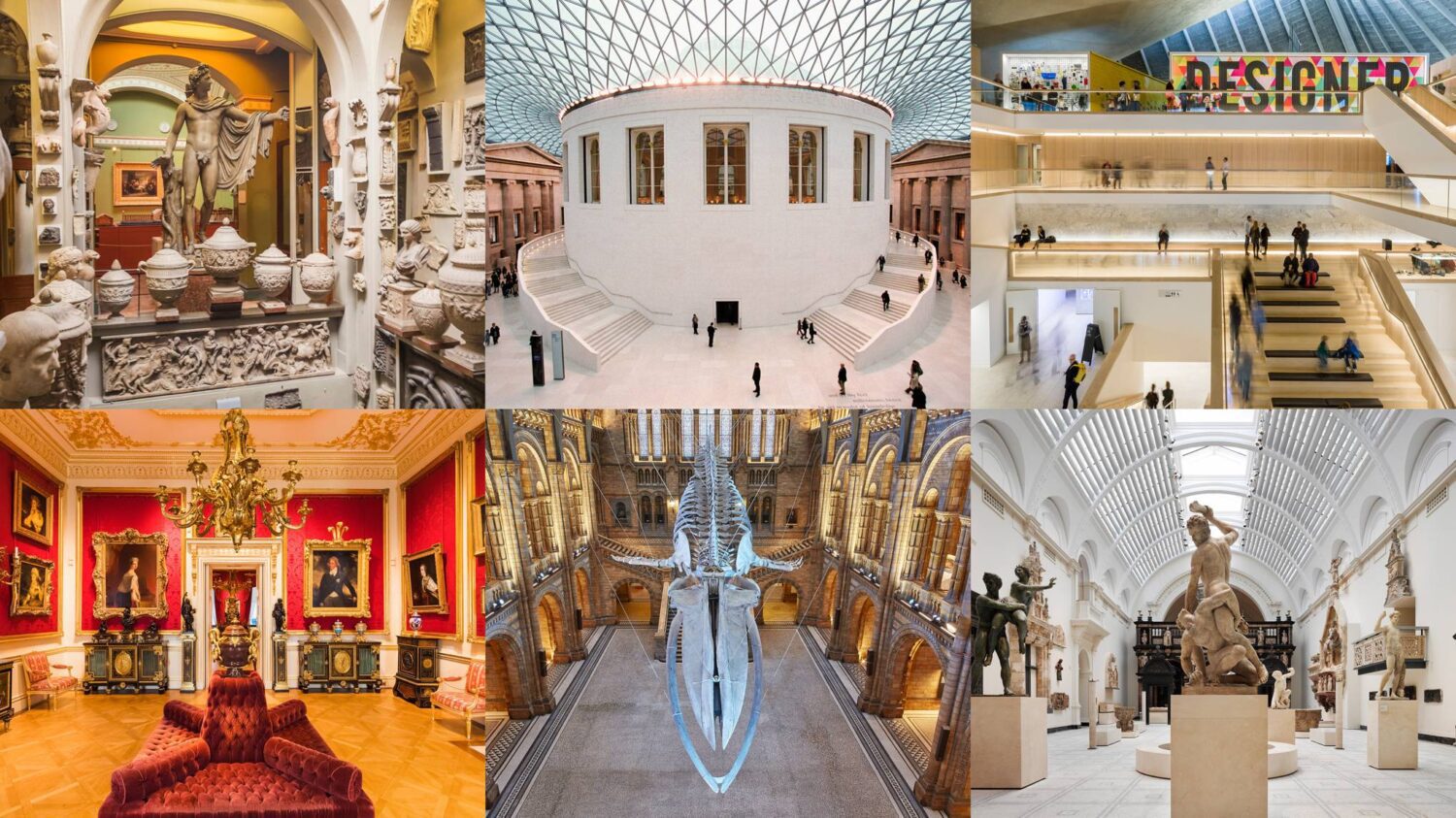 Museums are places where exceptional objects of historical, artistic, cultural, and scientific importance are stored. Asides from being a storehouse, they also serve as showrooms where these exceptional objects are exhibited. People from far and wide find their way to several museums to appreciate these timeless pieces. It’s one of those places you just have to visit in your Lifetime.

Here’s a list of some museums you have to visit in your Lifetime:

The Louvre is a fascinating museum with a wide variety of notable works. The collection to be found there ranges from ancient Egyptian relics,  Italian Renaissance paintings, classical sculptures, and Roman paintings to French Neoclassical paintings. The collection here is mind-blowing, which makes it an amazing place to visit in your Lifetime. That’s not all. The basement of the Louvre also holds historical treasures. Fragments of the medieval castle are kept there.

Designed by world-renowned architect Yoshio Taniguchi, the Museum of Modern Art is an absolute beauty. The museum, nicknamed MoMa, is home to numerous prominent art collections. Works of influential artists such as  Van Gogh, Picasso, Matisse, and others can be found here. Asides from artworks, you can find over 20,000 film collections here and also performance art.

In 1989, the museum was first opened. However, as you can imagine, it wasn’t a very impressive structure. It was closed down to undergo some renovations. 2016 was the reopening of the Design Museum. Over £80 million was spent on its new structure. Hence, giving the spectacular works, it holds a befitting home. It now has thrice as much space as it used to make it possible to host much bigger art exhibitions.

Frank Lloyd Wright was the brain behind the structure of this masterpiece. Its unique design makes it blend with ease with its natural environment. The design of the building itself is so spectacular that it is considered to be a work of art. It’s a hotspot for lovers of contemporary arts. Prominent pieces of Louise Bourgeois, Francis Bacon, and other notable impressionist collections are housed here.

Influential works by prominent Spanish artists are stored and exhibited here. Works of the likes of Goya, Velázquez El Greco, and other noteworthy artists are all here. It is a remarkable museum to see in your Lifetime. The Prado also has on exhibition spectacular Flemish and Italian collections. You are certain to find wonderful works by Bosh, Titian, and Raphael on display here.

An absolute marvel was created by Italian architect Renzo Piano in the form of the Whitney Museum. It has a spectacular structure and unique features that are hard to miss. Asides from its fascinating appearance, you will find yourself mind blown by the contemporary arts on display here. It is home to more than 2000 fascinating works of highly talented artists.

This is an iconic structure in Amsterdam. It houses several national treasures of the Dutch. In it, you will find well-known works from the Golden Ages by masters such as Franz Hals, Rembrandt, Vermeer, and several notable artists. Also, fascinating collections from Asia and centuries-old pieces of jewelry and furniture are on display here.

The talented sculptor, Rodin, had in his possession a collection of rare artworks made by him. His mansion, where he spent the remainder of his days, was home to these marvelous works. They are beautifully arranged in his garden and several rooms.

Yet again, from the beautiful city of Madrid comes the museum owned by the Thyssen-Bornemisza family. It is home to several noteworthy Western Art collections which the masters from the 13th century designed. Also on display are numerous modern artworks. Famous works of talented artists such as Titian, Dürer, and several others are exhibited in this museum.

Another fascinating place to visit in your life is the museum created by Sir John Soane. He was known to be a massive collector of exceptional pieces of art. However, a fascinating thing about this museum is its complexity. It doesn’t have the look or feel of your regular museum. Each piece of art was arranged and placed in a symmetrical pattern. Some rooms are interlocked, paintings hung from floor to ceiling and other exceptional arrangements which are a marvel to behold.

This museum is dedicated to the exceptional works of talented artists Van Gogh. Compared to other art galleries in the world, this museum holds a greater collection of the artist’s works. You will be fascinated by the brilliant works on display here.

This is certainly a museum to see in your Lifetime. The building which holds the spectacular works of art speaks history in itself. It is the most acknowledged art gallery in the whole of Italy, fully packed with several notable works. Amongst many others, we can find the Tondo Doni by Michael Angelo, the Birth of Venus, and other works by noteworthy artists.

If you are inspired by the works of a veteran artist, Picasso, then this is a place to visit in your lifetime. Picasso lived in Barcelona for a considerable length of time. In the Museu Picasso, a documentation of the artist’s life and works in the country are on display. It is a great place to learn more about exceptional artists.

Art is an expression of life. From music, paintings to fascinating inventions, and even delicious cuisines, they are all expressions of art. Museums store priceless relics of works created by exceptional people from the past and modern times.