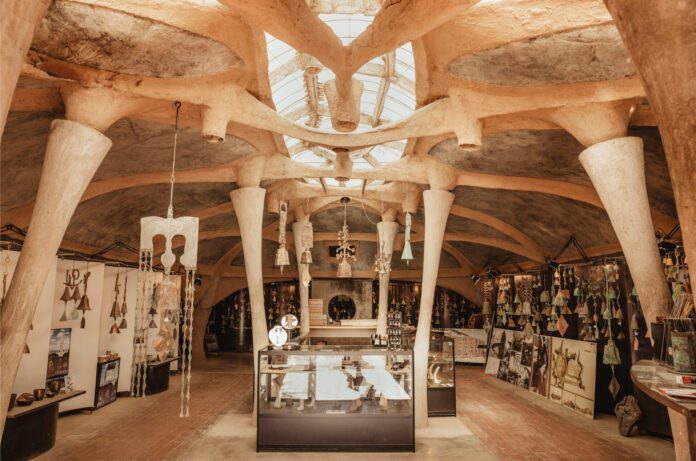 Arizona is well-known for its beautiful landscape and hot weather, but it also has a rich history that tourists can explore. There are many historical places to visit in Arizona, from old ghost towns and ancient ruins to pioneer settlements, these sites offer a fascinating glimpse into the state’s past and a sentient trail to its present. The cool places to visit in Arizona may be famous for the desert landscapes, but there is so much more to see in this beautiful state. If you’re interested in learning more about the state’s history, be sure to check out some of these spots!

Here are some of the most interesting historic places to visit in Arizona:

This former prison was once one of the most notorious in the American West. It operated from 1876 to 1909 and held some of the most hardened criminals of the time. History has it that on July 1, 1876, the first seven prisoners were put into new cells which they were made to construct by themselves as they arrived at the Prison. Take a tour round these ancient Yuma walls and bars, imagine how the inmates, including murderers, without protesting, used rocks to erect the first two and a half cells of the prison. Now a museum, the prison displays pictures and vibrant exhibits of people who formerly “involuntarily” resided there and the convicted life they had to lead. Yuma Territorial Prison State Historic Park takes the first place in our list of historic places to visit in Arizona.

James S. Douglas constructed the Douglas Mansion in Jerome in 1916 on the hilltop above his Little Daisy Mine, and it has since become a prominent landmark. The former residence is now a museum devoted to the history of the Douglas family and the Jerome neighborhood. In addition to a movie presentation and a 3-D model of the town with its subterranean mines, the museum includes images, relics, and minerals. Outside, there are more exhibits, art galleries and a picnic spot with a stunning view of the Verde Valley. This former mining town is now a popular tourist destination, with different shops, restaurants, and hotels to accommodate those who want to experience a taste of the old west. You should pay a visit to this park; it is one of the cool places to visit in the US.

This national monument features a well-preserved cliff dwelling that was built by the Sinagua people over 700 years ago. It is one of the best-preserved cliff dwellings in North America and is a designated World Heritage Site. Montezuma Castle National Monument is a 20-room stone castle that used to be a five-story house that was built into a small cave on a cliff. The castle was named after the Aztec emperor Montezuma. Visitors can explore the site via a short self-guided trail and learn about the culture and history of the Sinagua people. Jump on the special ranger programs, films, and exhibits at the visitor center, making it among the cool places to visit in Arizona.

The downtown area of Prescott is home to several of the city’s structures that are registered on the National Register of Historic Places including the Sharlot Hall Museum, which is housed in a Victorian-style mansion. The museum features a number of exhibits on the history of Prescott and the surrounding area, as well as a research library. Other notable buildings in the downtown area include the Phippen Museum, which is devoted to Western art, and the Smoki Museum, which focuses on Native American culture and history. The Smoki Museum is a must-see for anyone interested in the history and culture of Arizona. The museum, which is located in an old stone schoolhouse, features a collection of artifacts that date back to the prehistoric era. Visitors can see displays of pottery, baskets, tools, and other objects that were used by the native people of Arizona, which makes it one of the historic places to visit in Arizona.

This national monument is home to a number of ancient ruins that were built by the Sinagua people. The ruins, which include dwellings, courtyards, and an amphitheater, are spread out over a wide area, making Wupatki one of the largest archaeological sites in North America. This intriguing old settlement that formerly housed approximately 100 Anasazi and Sinagua tribe members, which is close to the San Francisco Peaks. Wupatki was established as a national monument in 1924 and was listed on the National Register of Historic Places on October 15, 1966. Visitors can explore the ruins via a self-guided tour or take part in a ranger-led hike. The monument also has a visitor center with exhibits on the history and culture of the Sinagua people.

This former gold mining town is now among the popular places to visit in Arizona for those who want to experience a taste of the old west. Goldfield was once one of the most prosperous gold mining towns in Arizona, but after the mines closed in 1898, the population dwindled and the town became a virtual ghost town. After the mining veins failed, the town’s population repeatedly deserted it. A private investor bought the land where the town is situated, which is today part of the cool places to visit. These days, Goldfield is home to a number of shops, restaurants, and hotels, and its historic downtown area is a National Historic Landmark. Visitors can take a tour of the town, visit the museum, or pan for gold.

Cosanti is unarguably one of the most interesting places to visit in Arizona. This is the home and studio of Paolo Soleri, an Italian-born architect and artist who designed and built this unique structure. Cosanti is made up of a series of interlocking domes that are built into a hillside. A hand-made, one-of-a-kind bells are displayed in awe-inspiring detail in our Windbell Gallery. The Arizona landscape is transformed into organic buildings that envelop visitors in a peaceful and creative experience. Visitors can take a tour of the property, see Soleri’s sculptures, and learn about his vision for sustainable living. Seven days a week, guided tours of the grounds are available, and on weekday mornings, Cosanti’s foundry allows visitors to witness the dramatic bronze casting process.

If you looking for cool places to visit in Arizona Allen Street should be on the list. This historic street is the site of some of the most important events in Arizona’s history. On Allen Street, you’ll find the O.K. Corral, where the infamous gunfight between the Earp brothers and the Clanton gang took place. You’ll also find a number of other historic buildings, including the Bird Cage Theatre, where you can see a live reenactment of the gunfight. Some other notable buildings on Allen Street include the Tombstone Epitaph newspaper office, the Crystal Palace Saloon, and the Cochise County Jail. Visitors can also take a horse-drawn carriage ride down Allen Street to learn more about the history of Tombstone. Allen Street is also a National Register of Historic Places and it draws visitors from all around who are searching for the thrill and magic of the Wild West era.

This is the perfect place to explore if you’re interested in the history of Prescott. The area is home to a number of historic buildings, including the Sharlot Hall Museum, which houses a collection of artifacts that tell the story of the city’s founding. There are also a number of restaurants and shops in the area, as well as a scenic walking trail that follows the route of an old railroad line. It is renowned for being the most complete and best-preserved example of a Victorian mining town in Arizona. Some of the other notable features of the town include the old mining equipment on display, the historic courthouse, and the many original buildings that have been preserved. Places to visit in Arizona are numerous but not many hold such historic value as this.

The Supai Indian Village is located in the Grand Canyon and is home to the Havasupai Tribe. The village can only be accessed by foot, horse, or helicopter. Havasu is one of the cool places to visit in the US and is home to a number of stunning waterfalls. You can hike to the Havasu Falls, Mooney Falls, and Beaver Falls. The village also has a number of lodging options, including campsites and cabins. Visitors to Supai can also camp and explore the canyon while they are in Supai. They typically tour the village and see traditional native dwellings, as well as a number of ancient petroglyphs which can be found throughout the area. In case you are wondering about what cities to visit in Arizona, why not take a trip to this village?

A 1931 destination for fine dining and special events, Wrigley Mansion features award-winning food and a wine cellar in addition to unparalleled 360-degree vistas. Self-parking is an option; however, valet is advised at the top of the hill. Geordie’s Restaurant and Lounge, Jamie’s Wine Bar, and Christopher’s are all located inside the Wrigley Mansion. Enjoy private dining, a wine list that has won awards, a variety of breathtaking wedding ceremony and reception sites, and breathtaking vistas wherever you look. Perfect for corporate events, special nights out, or commemorating significant life events.

The 2015 Governor’s Heritage Preservation Honor Award recipient is Arizona. One of Arizona’s best-preserved examples of a fort from the Indian Wars era is Fort Verde. This former military headquarters is now a museum that showcases relics, images, films, and interpretive displays about the soldiers, settlers, doctors, and Native Americans who lived and worked at Fort Verde. There are still three original residences along Officer’s Row, and they are decorated with antiques from the time period. Thinking about some cool places to visit? Then consider Fort Verde.

The Mormons constructed the Lees Ferry Fort in the historic neighborhood to provide security during the Navajo revolt in 1874. The fort was later used as a base for the US Army during the Apache Wars. The fort was abandoned in 1888 and is now among the historic places to visit in Arizona. Visitors can tour the old buildings and learn about the history of the area. There are also a number of hiking trails in the park that offer stunning views of the Colorado River. The Lees Ferry Historic District is now a National Historic Landmark and includes the remains of the fort, as well as a number of other historic buildings.

Riordan Mansion is surely among the cool places to visit in Arizona, built in 1904 for two Riordan families, is a grand example of opulent living in a remote, small logging community. The landmark structure is a unique example of Arts and Crafts style architecture with a rustic façade made of log-slab siding, volcanic stone arches, and hand-split wooden shingles. It is a national asset of Arizona. The large house comprises forty rooms, a living area of more than 13,000 square feet, plus servants’ quarters. Charles Whittlesey, the architect of the El Tovar Hotel in the Grand Canyon, designed the Riordan house.