17 Most Unsafe Countries In The World For Travel 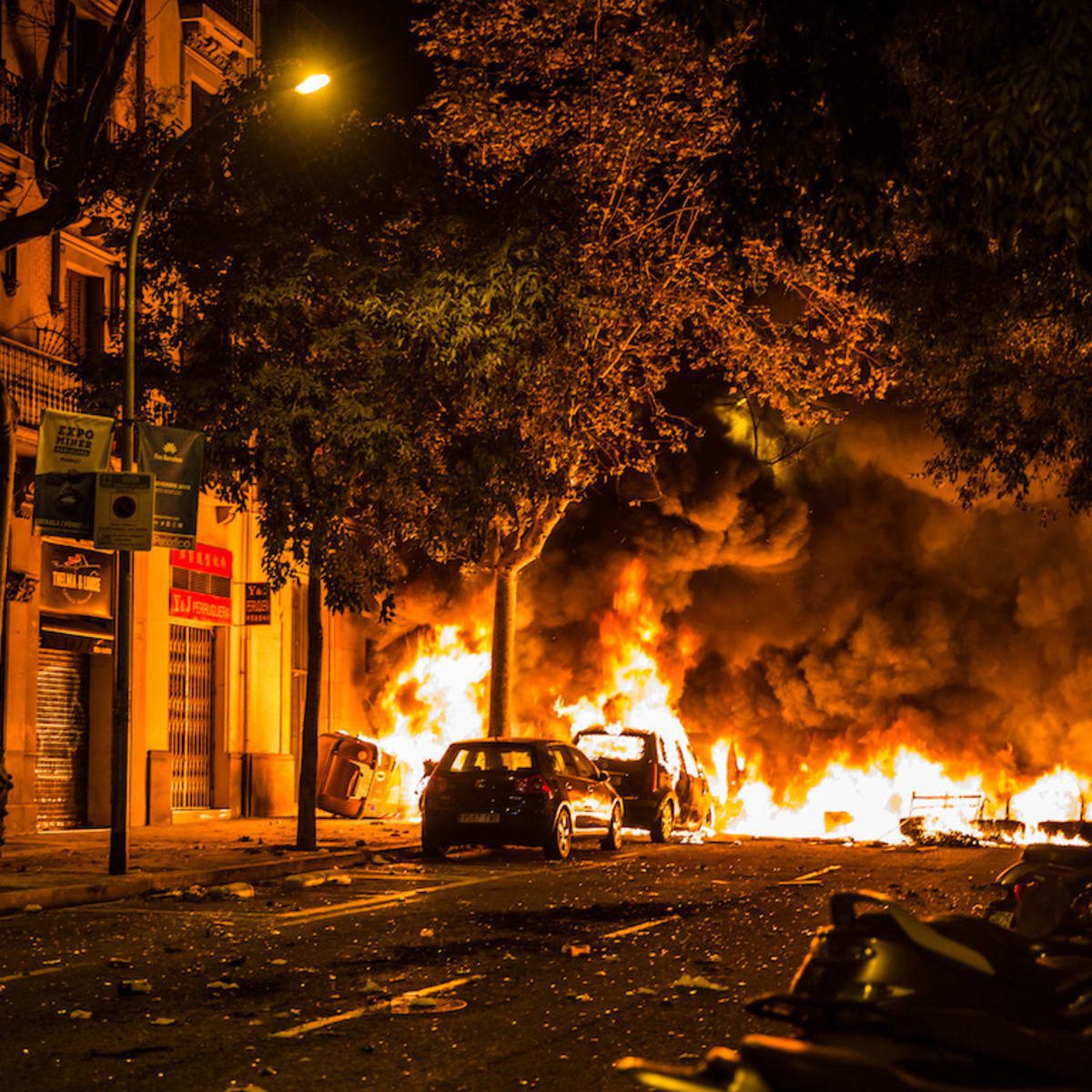 Traveling is a fun experience. Moving from one place to another, one scenic view to another brings with it a particular rush.

Traveling has many advantages. Discovering new cultures, tribes and cuisines, meeting new people, seeing the world and lots more. It gives people the chance to come out of their comfort zone and gather new experiences.

Traveling, however, can be perilous sometimes, especially if one finds oneself in hostile territory. Below are some of the unsafe nations/ countries to visit in the world.

The Central Asian country is regarded as one of the most dangerous nations on the globe due to the high and constant likelihood of attacks by terrorists on the residents. Hotels, government property and buildings are subject to consistent threats.

Traveling by road in this country is extremely unsafe, dangerous and would be ill-advised especially in parts outside of the country’s capital city, Kabul. The rate of kidnappings, hostage situations, and suicide bombings are at really high levels.

Afghanistan is also listed as one of the countries with the highest security risk, according to https://www.mirror.co.uk/news/uk-news/most-dangerous-places-travel-2021-23146190

This African country has been marked as one of the most unsafe and dangerous countries to visit. This is largely due to the frequent terrorist operations and clashes in the country, most especially in Ouagadougou, the country’s capital.

In 2019, Westerners and French tourists were kidnapped. In March 2018, there was an attack on the French Embassy in Burkina Faso. The terrorists also attacked the headquarters of the country’s army. About 16 people lost their lives and around 80 people were injured.

Also in 2018, there was a clash and shoot-out between security forces and suspected perpetrators of the March terrorist attacks.

Burundi has suffered from political volatility and governmental clashes ever since current president, Nkuruziza, was inducted into office for the third time. The decision aroused controversy and has led to divided opinions and mixed feelings, especially between political parties.

Several violent activities and clashes have been witnessed in the country. There have also been some specific political and military-related assassinations, leaving the country earmarked as unsafe and in a state of unrest.

Why is C.A.R unsafe? There have been cases of violence between ethnic groups in the country especially in Bangui and Alindao.

As a result, there is tension in parts of the country. Cases of violence, looting and pillaging, revenge killings continue to rock the country. There have also been reports of human rights violations in several parts of the nation. Civilians have been brutally killed. Security is virtually nonexistent in Central African Republic.

Since early 2015, United Nations’ workers and humanitarian services volunteers have been abducted. A number of government officials have also been kidnapped.

People living in Chad fear for their lives because of the constant threat of an attack by terrorists.

Foreigners and tourists are also at risk, as the attack can be indiscriminate. Places likely to be visited by tourists serve as high probability spots for a terrorist strike. There is also the issue of reprisal killings since the French played mediator in Mali.

Another source of insecurity is Chad’s participation in the fight to eradicate the Boko Haram menace from West Africa.

Due to the rapid heightening of tension and unrest between Iran and other countries, especially western countries and countries that protect their interests, Iran is next on the list of most unsafe countries in the world for travel. With the constant possibility of a threat against western interests, things could easily get out of hand.

Citizens of Britain, most especially Iranian-British citizens, are at a higher risk of being unjustly arrested and held prisoner.

Owing to the death of a major Iran military player, as well as a militia leader, there has been an increase in airstrikes. The US embassy in Baghdad has been vacated.

For those arbitrarily imprisoned, the justice system they are tried with, most times, falls short of the normal international standards and procedures.

This Middle East country has been a regular victim of coordinated airstrikes from coalition forces, incuding the United kingdom. Northern and Western Daesh have endured the brunt of the strikes.

Zones and sites liberated from Daesh have a huge likelihood of containing war remnants and improvised bombs and explosives.

It is highly advisable to have a back up plan, in case things get out of hand.

The chances of a terrorist attack in Iran are high. There is also a high risk of being abducted.

While attacks are random, the chances of an attack are more profound during religious or general festivities, so its best to avoid such travels because there may be unsafe during such periods

According to https://www.telegraph.co.uk/travel/galleries/The-worlds-most-dangerous-places/libya/, Since April 3  2019, the presence of military forces and personnels has seen a significant increase in number.

There have also been random skirmishes in both the Southern and Western regions of Tripoli.

The government opposition groups have reportedly taken over the control of some towns, including Gharyan, a town 80km away from the country’s capital.

The state of unrest led to the country’s prime minister declaring a state of emergency. Security units and military troops have also been assembled.

Kidnapping for ransom is also a common occurence in Libya.

On Christmas day in 2018, there was an attack on the ministry of foreign affairs.

Many were also left dead and injured when the Tripoli Electoral Commission experienced an act of terrorism in May 2018.

There is a high chance of terrorist attacks and kidnappings in Mali.

Armed factions and groups have also made nightclubs, hotels, and restaurants their target because these are where foreigners frequent.

The chance of getting kidnapped in this African country is high.

Travelers are advised to exercise extreme caution, especially when in public.

The country also experiences carjacking and muggings on a frequent basis.

Chances of attacks are high, especially in places populated by foreigners.

The threat of revenge killings is high due to its participation in the French mediation and peacekeeping mission in Mali.

There is a high rate of armed robbery in the country.

The country is also involved in the fight against the menace of Boko Haram, which could lead to frequent attacks.

The volatility of things in North Korea can change without the slightest warning from the authorities.

British visitors and residents also face a significant risk and for this reason North Korea has been deemed as Unsafe for travel.

There is a certain distaste for westerners and those associated with them; organizations and bodies in Somalia. They have even gone as far as issuing threats against them.

On October 14, 2017 residents and the whole world witnessed Somalia’s most deadly terror attack. A large truck with a bomb exploded around Hodan district of central Mogadishu, Somalia’s capital. About 300 lives were claimed and a lot more were injured.

There is a constantly looming threat of terror attacks and kidnapping, especially for westerners.

Somalia still struggles with civil unrest, as reoprts of attacks are still being heard.

Reoprts have claimed that schools have been used as facilities to detain people against their will.

Almost everyday, there are reports of clashes between armed factions of the country.

Cases of serious criminal activities have also been rampant in Juba.

The state of security could worsen even further. News officials especially newscasters and journalists have died due to ethnic fighting.

Tension continues to build daily in Syria. The country has experienced a persistent spate of violence.

The country has also experienced a number of chemical weapon attack.

Numbers show that over 470,000 people have died during conflicts in Syria, including 55,000 children.

Daesh (previously known as ISIL), still exercises control over the Eastern Region of Syria and is very unwelcoming and unsafe for western foreigners, especially British nationals.

Due to the presence of low law enforcement officers, there has been a constant rise in the rate of violence, crime and abductions in Venezuela.

There are also reports of unrest in Caracas and other cities in the nation.

Coupled with its poor health care system, lack of basic amenities, Venezuela is one country not to visit.

Thousands of its citizens have also fled, looking for asylum in other countries.

Foreigners should be in a perpetual state of vigilance and alertness. If you must visit, proceed with care during the entirety of your stay in Venezuela.

Demonstrations and protests should also be avoided. Violence easily breaks out without indication during protests.

Due to the absence of clarity as to which group or factions have total control of particular areas, there is a very tense and unstable atmosphere in the country.

There is the threat of not only illegal detention of outsiders but also kidnapping and terror attacks.