11 Unbelievable Secrets Hidden in the Benaki Museum in Athens 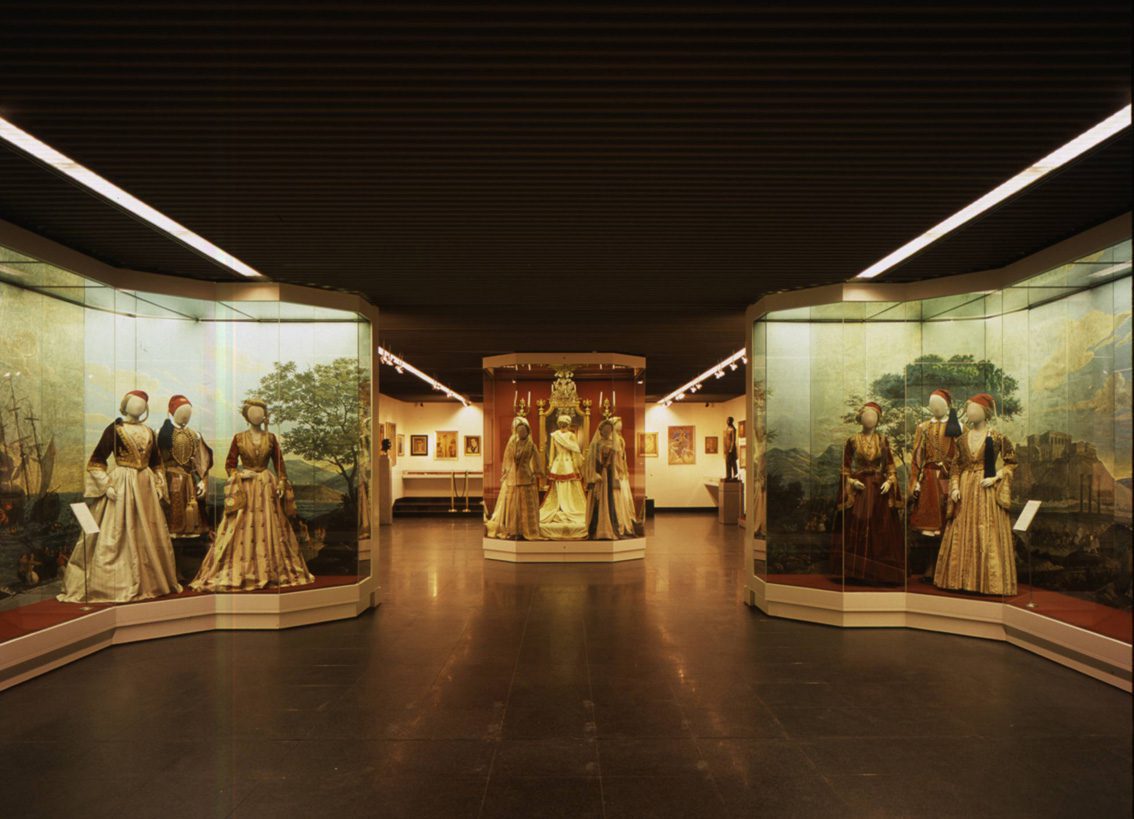 In this article, we’ll explore the incredible collections and historical archives housed in the Benaki Museum in Athens you probably don’t know about. In 1930, Antonis Benakis established the Benaki Museum in honor of his late father, Emmanuel Benakis. The museum is located in Athens, Greece, and is home to several rare art collections and archives privately owned by Antonis Benakis and others donated by private collectors.

More on the Benaki Museum, Athens, Greece The museum’s original structure was renovated in 1990 after an earthquake struck Athens which caused damage to the museum.

Like a Phoenix rising from its ashes, a new Benaki Museum was reopened in 2000 after undergoing renovations and reorganizations after the earthquake. The new building saw its main complex dedicated to Greek Culture and Art. Other collections such as the Benaki of Islamic Art and Chinese Art were moved to new satellite museums.

Much said, let’s take at the incredible art collections housed in this museum.

The museum is home to several works of art from prehistoric Greek and Roman civilizations. Most of the works found here were largely donated by prominent Greek nationals and other foreigners.

The Benaki Museum of Greek Culture serves as the main complex of the building. Artworks in the museum are arranged chronologically from prehistoric times, the archaic period, the classical period, the Hellenistic period, and the Roman period.

Follow the link to see the Ancient Greek and Roman Arts collection.

In 1991, the Children, Toys, and Games section were founded by Maria Argyriadi. The donations made by Maria built the foundations of this department. Today, over 20,000 games and toys can be found in this section.

According to the Benaki Museum, the objective of this section is to the daily life of children in ancient civilization through the study of historical toys from Greece and Europe.

Follow the link to see the Childhood, Toys, and Games collection.

Spectacular designs of household vessels, pieces of jewelry, ceramics, and manuscripts from the Byzantine era preserved here. The collection is rich, with several works dating from the 4th to the 7th Century.

The Benaki Museum in Athens also holds important collections from the late 6th and early 7th century made of beautifully designed silver plates. This collection displays the craftsmanship of Greco-Roman arts.

Follow the link to see the Byzantine Arts collection

Works such as the unique reed wat from 10th century Tiberias, wooden memorial doors from 8th century Mesopotamia, and the well-known velvet saddle from 16th century Bursa are some of the remarkable works found in the Islamic Arts department of the museum.

The Benaki museum showcases Islamic arts and its variations from countries such as Egypt, the Middle East, Persia, and several locations.

Renowned Greek artist, Yannis Pappas donated his entire work to the museum. This announcement was made in 2002 {3 years before he died). He desired his works to serve as an inspiration and his studio to be used by students of the Athens School of Fine Arts. Asides from several sculptures, the studio also contains paintings made by the iconic Greek artist while he was alive.

Follow the link for more information on the Yannis Pappas Studio

Remarkable textile designs from the Greco-Roman and Egyptian civilizations are housed in this museum. Some textile designs in the collection consist of Christian elements, showing the effect of religion on the design process in modern times.

Follow the link to see more on the Coptic Art collection

The Benaki Museum holds beautiful Chinese and Korean ceramic art. The Chinese collection boasts of over 900 ceramic pieces of art from the third century BC to the 19th century. Sculptures from the ancient Han and Tang dynasties, decorated Neolithic vases, and porcelains from the Ming and Qing era are on display in this museum. Several beautiful Korean ceramic designs are also exhibited.

Weapons used in the 1823 battle, Laskarina Bouboulina’s telescope, and several remarkable historical items can be found here. The Heirloom collection dates back to the 18th century up to modern times.

Several items in this collection were donated by descendants of individuals who contributed to Modern Greek history.

Follow the link to learn more about the Historic Heirlooms

There are over 6000 paintings and drawings in the Benaki Museum collection. Most of these works were from European artists from the 17th – 19th century. Also, you can find works from 19th and 20th-century Greek artists at the museum.

Damianos Kyriazis made a huge donation of artworks to the paint collection in 1953. This donation, alongside Antonis Benaki’s collection and several gifts, made this collection what it is today.

Follow the link to learn more about the Paintings, Drawings, Print collection

At this museum, you get more than just prehistoric Byzantine and Hellenic works. Rich collections of post-Byzantine and Neo-Hellenic art are preserved for exhibition at the Benaki Museum.

The collection of post-Byzantine art includes liturgical vestments, ecclesiastical art, accessories, and others. These works are dated from the 16th century to the early 20th century. For Neo-Hellenic arts, we have rare ceramic pieces, sculptures and wood carvings, stone-carving, and several others.

Follow the link to learn more about the Post-Byzantine and Neo-Hellenic collections.

The museum has the largest collection of books that be found in any museum in Greece. The library was established in 1931 and boasts over 100,000 books and periodicals. The major themes of books found here are books about Islamic arts, Greek history and art, intellectual life and religion, folklore, and several others.

The Library does not permit the lending of books. But, it is open to the public for use within its premises. You are also allowed to take photographs, make digital printouts, microfilm, or take photographs of book sections.

Follow the link to learn about the Benaki Museum Library

If you ever find yourself in Greece, take out time to visit this historical storehouse. Or, you can visit the Benaki Museum online shop to get souvenirs for your friends and loved ones.