10 Cheapest Countries to Live In 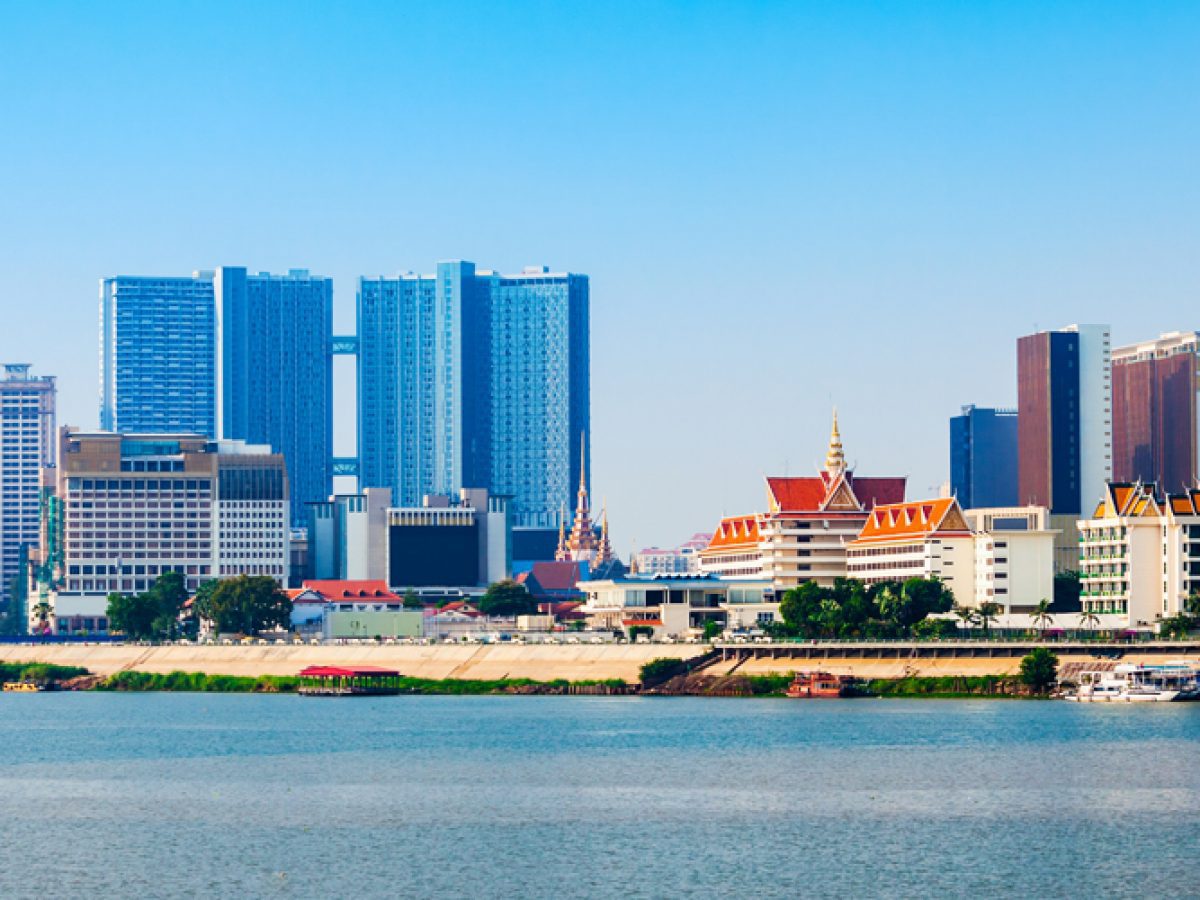 With the current economic situation globally, it can be tiring working 40-50 hours a week or more only to find out that you have much to cater for and far too little money to settle your bills.

This article will tell you about the cheapest countries in the world and the least expensive countries to visit. Even if you don’t want to move permanently, you’ll have somewhere to relax and not spend so much.

This list has been created based on accommodation and living expenses per month.

From countries in the Far East to tropical paradises in Central America, these are the ten cheapest countries to live in the world.

Kicking off our list of the cheapest countries to live in worldwide is Cambodia. Cambodia is located at the centre of South East Asia. It is also known as “Kampuchea, or the Kingdom of Cambodia. It encompasses 181,035 square kilometres in land area. It borders Thailand, Laos, Vietnam & The Gulf Of Thailand, as well as others.

The country’s capital city is Phnom Penh, and its total population is roughly sixteen million people. The cost of living in Cambodia is under $1,000 a month. Getting accommodation isn’t all that expensive. Renting a one-bedroom studio apartment in one of the cheapest cities in Cambodia, Sihanoukville, will cost you around $246 a month or $32 a night in an Airbnb. The currency in Cambodia is called “Riel” (KHR), and roughly 97.7% of the population practice Buddhism.

No list of the best and cheapest countries in the world would be complete without a mention of Thailand. Even before the movie ‘The Beach’, travellers worldwide had fallen in love with the Country of Smiles. Living costs are incredibly low here, even in big cities like Bangkok and Chiang Mai. Beach resorts tend to be slightly more expensive but are still cheap compared with other beach resorts worldwide.

Crystal clear waters, fascinating culture and incredibly tasty food, make Thailand the perfect place to live and work. To top it off, Thailand is also among the cheapest and safest places to live in the world.

Popular jobs are teaching and hospitality jobs. It’s possible to live perfectly well on $600 in Chiang Mai, for example. You can find $1 meals at street stalls, markets, and food courts in malls. Rent can be as low as $150 per month for your studio in a Western-style complex. A ride on a public bus starts at around $0.30.

Officially called The Kingdom of Thailand, and previously called Siam, Thailand is the ninth cheapest country to live in. It is located at the centre of South-East Asia and has 76 provinces. At over 513,120km², Thailand is the fiftieth largest country globally, with just over sixty-nine million people.

Next on our list is Malaysia. Like the previous two countries, Malaysia is also located in South East Asia and borders Singapore, Thailand, Vietnam and Indonesia. Malaysia consists of thirteen states and three federal territories, which the South China Sea separates into two regions.

The regions, the Peninsular of Malaysia and East Malaysia, are of similar size, and the total area of Malaysia is 330,803km². Malaysia has a total population of 31.6 million people, and Kuala Lumpur is its capital city.

When booking accommodation, you’ll be looking at spending around $209 a month for a one-bedroom apartment in one of the cheapest cities, like Kota Kinabalu, or $35 a night for an Airbnb.

Viva Mexico! Why travel further than you need to, when Mexico is just a hop, skip and a cheap flight away for most Americans and Canadians. Mexico has something to offer everyone. Think Mayan ruins in the jungle, turquoise Caribbean waters and laid-back beach towns on the Pacific Ocean. Oh, and have we mentioned the street food yet? From tacos to tamales, ceviche, to Aguas Frescas, the food isn’t only drool-worthy and super cheap. Suppose you avoid tourist traps like Cancun or Playa del Carmen and opt for more local destinations like Merida or Guanajuato. In that case, living costs can be a fraction of those in Western cities.

Popular jobs to find in Mexico are tourism, teaching, Au Pair, and Sales positions. A one-bedroom apartment costs $200-$500 per month, street food starts from $1 per meal, and a monthly pass for local transportation starts at $16.

Sixth on the list of the cheapest country in the world to live in is Peru. For an average living cost of around $543 a month, this Spanish speaking country is well worth checking out if you’re looking for a cheap place to live. Peru is a country located in the western part of South America. It borders Ecuador, Colombia, Brazil, Bolivia, Chile and the Pacific Ocean. Its current population is 32.17 million people, spread over a total area of 1,285,216 km². 73.7% of its population is Roman Catholic, and the Peruvian currency is Sol (Pen).

When booking your accommodation, you’ll be looking at spending around $198 a month for a one-bedroom apartment in the city centre or $24 a night for an Airbnb. These prices are based on the city of Arequipa.

Popular jobs here are teaching and working for non-profits and conservation projects, but you can also find marketing or tourism work.

Coming in at number five on our list is Argentina. A mere $542 a month can get a single person accommodation and living expenses for a whole month in one of the cheapest cities in Argentina, Salta.

Argentina is another Spanish speaking country located in the southern half of South America. It borders Chile, Bolivia, Paraguay, Brazil, Uruguay, the South Atlantic Ocean and the Drake Passage. Argentina is the eighth-largest country globally and the second largest after Brazil, with a total population of just over 44 million people and covering a mainland area of 2,780 400 km².

If you’re considering living in Argentina, as it’s one of the cheapest countries in the world, then you’ll be pleased to know that you can get a one-bedroom apartment for $100 a month, or roughly $27 a night depending on the time of year. This will be located in the city of Salta.

Vietnam is any travellers dream for those wanting to live and work in an exotic place but not pay a fortune. It’s one of the best and cheapest countries to live in. Although Vietnam is still a bit of an insider tip when it comes to cheap countries to live and travel, there’s plenty to see and do. Vietnam has stunning landscapes to explore, delicious local cuisine for foodies, and an adventure travel destination.

The main cities are Ho Chi Minh city in the south, the capital Hanoi in the north, and Da Nang is the country’s centre. Most jobs will be found in these cities.

Vietnamese Dong’s currency is currently worth around VND23,000 to $1. It is one of the few currencies that has weakened relative to the dollar in recent years.

Popular jobs here is teaching English. There are many opportunities for English teachers, with average monthly salaries ranging from $1,100 to USD 1,700, higher than in many neighbouring countries.

As with most countries, living in Vietnam depends on the city or region you choose to spend time in. Cities like Ho Chi Minh and Hanoi are, of course, more expensive than rural locations, but the pay is also higher. A small apartment can be rented for around $250 a month, while eating out costs are around $1–3 per meal if you stick to local restaurants or street food, and around $10 at Western-style restaurants. Transportation is very cheap, with local public transport starting at around $0.30 and taxis from just $0.50 per kilometre.

We are breaking the $500 a month mark in Nepal, which is the third cheapest country to live in worldwide. Nepal is located in South-East Asia, mainly in the Himalayas, and includes parts of the Indo-Gangetic Plain. It has a total current population of 29.3 million people living across a total landmass of 147,181km². Bordering China and India, Nepal is the forty-eighth largest country by population and the ninety-third largest country by area in the world.

$164 will get you a one-bedroom studio apartment in one of Nepal’s cheapest cities, Pokhara, or you’ll spend approximately $23 a night in an Airbnb. One beer will cost you around $1; coffee is approximately $0.73, and a meal out can cost around $2.08.

Bolivia is not on the radars of most potential ex-pats. Yet, this landlocked South American country surrounded by Peru, Argentina, Brazil, Chile, and Paraguay offers many advantages, not the least of which is one of the lowest costs of living of any country that International Living covers.

The capital city of Bolivia is Sucre, and Bolivia is made up of a multiethnic society, including American Indians, Africans, Asians, Europeans and Mestizos.

A one-bedroom studio apartment in La Paz, one of the cheapest cities in Bolivia, will cost you around $145 a month or $23 a night in an Airbnb. Both beer and coffee are around about $1 each, and you certainly won’t break the bank when eating out, as a typical meal will cost you all of $2.

Indonesia is the cheapest place to live on earth. It is located between the Indian and Pacific oceans in South-East Asia. Home to approximately 17,000 islands, it’s the worlds largest island country. It has a total population of 264 million people, making it the world’s 4th most populated country.

There are certain places in Indonesia, like Bali and Jakarta, that are more comparable in price to other major western cities worldwide. However, places like Senggigi in Lombok can provide you with accommodation and living expenses for as little as $340 a month.

You’re looking at paying approximately $142 a month for a one-bedroom studio apartment or $12 a night for a hotel.

Indonesia is the cheapest country to live in on earth.

There you have it! Our ten cheapest countries to live in and work. If you’re looking to move or switch jobs, any of these countries will be perfect for you.