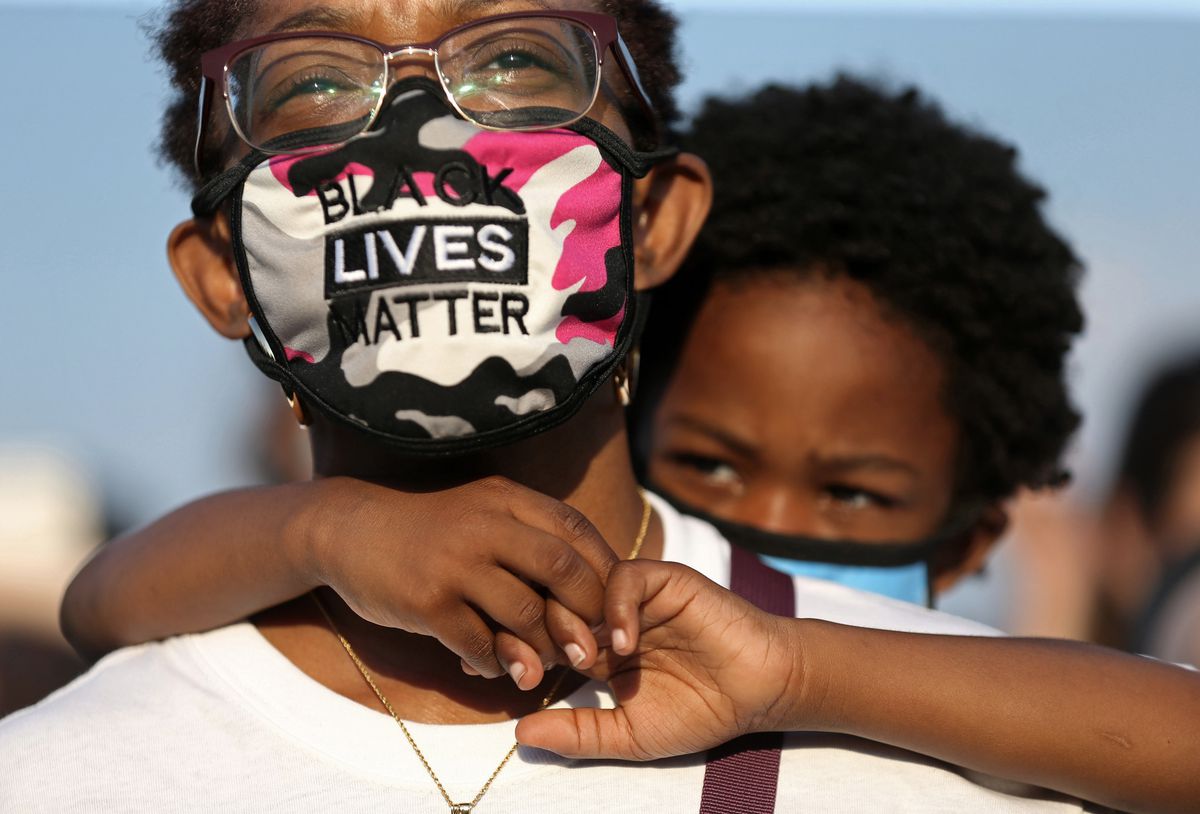 Racism in the United States dates as far back as during the colonial era; the deep-rooted feeling that people of specific colors other than white are inferior because of skin pigmentation results from the first impression. The Colonial era, especially the Europe-Africa colonialism, began in the 1880s, resulting from the 15th-century Transatlantic slave trade.

Slave masters who first step foot in the world of black people with no proper orientation of their way of life, cultural heritage, and stone-age technology summarizes that they are, in fact, barbaric, archaic, and in need of civilization.

The thing is, Africa has their civilization, the pyramids of Egypt pre-dates colonialism, original African historical text which hitherto was passed down by oral tradition contains reports of these civilizations. African culture revolved around the circumstances in which they lived and thrived. They include crude weapons for hunting, sculpt making with wood and brass, and even the language of Nsibidi with which they communicate.

The ideology that Africa is somewhat inferior to the white is borne from a falsified view of Africa and endorsed by the greed of pre-colonial Africa. When the slave masters came to Africa and collected humans in exchange for drinks, mirrors, and gun powder, it further strengthened their warped view of Africans. When they so quickly dropped the worship of their ancestry for the western and northern colonial deities, it creates more pathways to endorsing their warped ideologies.

The view that Europe brought civilization to Africa is humorous, say they got their kind of civilization or what they deem civilization makes more sense because Africa was already waxing strong in technocrat, craft, administration, worship et al., I feel the African’s man despise for his own, and unregulated craving for what seems new and different gave them over to these hungry colonists for free, giving rise to the idea of racism.

As Africans began arriving at the shore of Europe and America, political and social racism was borne. Racism is a foreign thing to an African man. This is not so for the whites because their first contact with people with skin the color of chocolate was slavery. this is not because the whites were never slaves to any themselves, or Africans weren’t owners of slaves themselves; I think, like I earlier mentioned, the tokens with which these slaves were bought is the beginning of the entire mess. While slavery had a globally accepted end date, ideas in the mind of these Slave masters still thrives. It manifested in their desire to colonize African nations and also in their subjugation of the African people.

This is the root of racism. Slavery and colonialism might seem to be a thing of the past, the ideology on which it was found is not. This ideology is the backbone of racism, whether political, social, or in any form the racism manifests. Lying deep in the hearts of racists, regardless of how hard they try to disguise, is the thought of how they cannot be equal to people who once served them, whose worth was mirrors, gun powder, Schnapp drinks, and clothing.

Violent outburst is borne of what I can call black-phobia, not being able to cope with the fact that a once undervalued slave takes much space than is slated and even requesting more.

Political racism, social racism as well as organized racism emanates from the ideology stressed above. Political and social racism is set to relinquish the white from the blame of propagating racist ideology while propagating it. It is undercover, a “this is what the law says” then “Hey nigga, you are way below me, and I’m here to tell you that.”

Racist policies included segregation of seating positions between the whites and blacks on transit, segregation of schools between the whites and the black, limitation of working opportunities, access to landed property, continued jailing of black and people of colors for offenses that will be waived if the culprit were white are solid pointers to this highly denied truth. A vivid example is the whites’ mob action on black citizens and not going to jail for their actions even when the victim dies.

In the summer of 1955, when reports of a teenager murdered in cold blood for no other reason than differences in skin color spread like wildfire, his name was Emmett Till, and he was murdered in Mississippi. His killers were not brought to book until they died of cancer. Sad! Events such as the cold blood murder of young Till as well as other black people, the pardon of their killers, and other social Injustice meted on black people formed the foundation on which Alicia Garza, Patrisse Cullors, and Opal Tometi birthed the #BlackLivesMatters movement in July of 2013, which made them the owners of the trademark black lives matters. The movement became popular in May of 2020 when an African American, George Floyd, was gruesomely murdered by a white cop over an allegation in Minneapolis.

The black lives matters movement had since inception continue to bring the spotlight on police brutality, racial injustices, and progressive racism in America; the movement situated in the US as a political and social movement against racial injustices returned to the headline news in 2020 when it garnered a total of 15 to 20 million people to protest the gruesome murder of Floyd, the largest protest ever held by a single movement. #BlackLivesMatters movement had exposed the racial Injustice embedded in American Politics, unveiled the very well packaged racism in the country, and made progress in the fight for reforming the Americas Social Justice system.

After the gruesome murder of Eric Garner by NYPD officers, his siblings Elisha and Steven Flagg released I can’t Breathe to immortalize the tragic event and lend voices to the Black lives Matters struggle. Several other musicians have joined the fight to speak up against racial injustices on the rise in America, some of which include Freedom by Beyonce Feat. Kendrick Lamar. The song How Many by Miguel was written to speak up against the violent shootings of the cops in Louisiana and the extra-judicial killings of innocent black lives, which only ends in hash-tags and prayer hands with no natural justice for the demise. Ariana Grande was featured by Victoria Monet in their advocacy song Better Days. 22 times Grammy award winner and Billionaire Jay Z released ‘Spiritual’ after police officers brutally killed Michael Brown in 2014. Even though the single was recorded that same year, the Billionaire musician held on to it, convinced that it wouldn’t be the last, and it wasn’t.

The achievements of the Black Lives Matter movement also include publishing various reads available in hardcover across various digital and physical bookshops. Notable amongst the black lives matter readings include: Caste. The Origins of our Discontents by Isabel Wilkerson, which was read by Oprah’s Book Club and published by Random House in August 2020; Between the world and me, written by Ta-Nehisi Coates and published by One World in July 2015; So You Want to Talk About Race by Ijeoma Blue published by Seal Press in September of 2019; Patrisse Cullors and Asha Bandele’s When They Call you a Terrorist: A Black Lives Matter Memoir published in 2020 by St. Martin’s Griffin and stamped from the Beginning: The Definitive History of Racist Ideas in America by Ibram X Kendi published by Bold Type Books in August 2017, amongst others.

Some Safety Measures Immigrants can take in surviving in America.

Despite the progress made in ending everyday racism in America, there seems to be no end to racism in America. There had been notable progress made, like the convicting of George Floyd’s killer in 2021. However, in a thoroughly racist system operational in the US, Immigrants have to watch their back to avoid being victimized consistently. Some measures to do this include always taking their valid documents with them wherever they go, avoiding crime scenes, knowing it’s the signature of Africans to care for others, but avoiding crime scenes of any kind, and network with other blacks and BLM communities.

In 2018 the ratio stats of black men being jailed was 5.8 times higher than that of their white counterparts and 1.8 times higher amongst black women when compared to white women. The stat showed that for every 100,000 black residents, 1,134 were in prison as compared to 218 for their white counterparts. In a situation such as this, it is a mixed feeling for colored immigrants to the United States –a feeling that shows no signs of fading soon.

Experts advise for black immigrants to the US

Stay away from all crime scenes. History shows that it is hard to be innocent in a crime scene when the texture of your skin is black. This is the racist America–not the full America–but an image the world is yet to fully admit.

Join a virtual black lives matter community. There are numerous virtual BLM communities including the Black Lives Matter Utah. You can expect to receive regular updates on various black lives quest for justice and equality and participate in camps and network with a broader range of your brothers in the struggle.

Never go uninvited to the house of a white family. The hard truth is that you are more likely to get shot than any other race if you make yourself an uninvited guest to a home with white residents. You may get shot, and no justice would be served. Do not make yourself a target.

Countries That Offer Residency And Citizenship By Investment