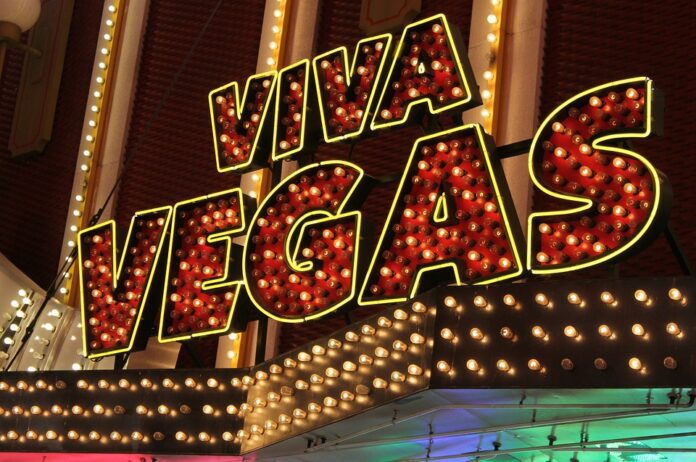 The West Coast is an extremely popular destination for people looking to get away from everyday life. We’ve already listed Nevada as a bucket list destination, and for good reason. However, if we look a little closer at Nevada locations, Las Vegas is an obvious destination.

If it s your first time in Las Vegas, the city can be a grade intimidating trying to plan out your time. There’s so much to do in Las Vegas; you can hit the strip and take in the vibes of the city. If you’re on a budget, there are free events, concerts and museums to attend. For those looking for something more competitive, casinos are all throughout the city with various card games to play and money to be won.

On the more unorthodox side of events, the HyperX eSports arena in Las Vegas is constantly holding tournaments on an almost daily basis. Every Saturday, they host Mario Kart tournaments, and on Wednesday nights, they host tournaments and open lobbies for the Warner Bros smash hit Multiversus. Between video game tournaments, card games, free shows, hiking, and touring the city, you’ll never be bored while in Sin City.

In this piece, we’re going to provide you with five fun things to do to pass the time in Las Vegas.

Now Caesar’s Palace is a famous landmark that houses much more than the stereotypical poker games. Caesar’s Palace houses over 160 shops, a number of attractions, and casinos, and it’s perfect for a weekend break. World-renowned chef Gordon Ramsey has a restaurant in Caeser’s Palace,  whilst Adele’s residency at the location has made headlines around the world.. there’s no doubt Caesar’s palace is a landmark hotel that everyone should experience fully at least once.

There are plenty of Las Vegas attractions that require no money and don’t require you to step into a casino. One of those is hiking out in the great outdoors, specifically Red Rock Canyon, one of the United States’ most stunning locales. Red Rock Canyon has a national park for nature lovers out there looking to rock climb and see some of the stunning views and vistas in the country. So when you’re done winning hands, maybe cut your losses and get out to Red Rock Canyon.

Listen To Some Music At Bellagio Fountains

The Bellagio Fountains is a perfect stop to take your partner for a romantic day on the town. The Fountains inspired by Lake Bellagio in Italy house over 22 million gallons of water. Moreover, if you walk by the fountains at the right time, you might be able to see a performance. The best part is that it’s free to the public. The fountains are sometimes synchronized to some of the most popular hits in existence, including Cher, The Beatles, Bruno Mars and others.

Go To A Show At Park MGM

The Park MGM Theater only holds 6,500 people but is the second largest theater on the Las Vegas strip. The MGM Theater has held all types and kinds of events; concerts, stand-up comedians, award shows, UFC boxing matches and even basketball games have been hosted at the Park MGM. The state-of-the-art venue should be visited by anyone who’s looking for a higher-quality show experience.

A bit more off the beaten path, the Mob Museum, constructed in 1933, has many features and attractions to keep guests entertained. Over 400,000 people visit the Museum every year, and for good reason. The Museum has FOUR floors of exhibits to explore and even has some interactive exhibits for patrons to get involved in. Self-guided tours, tour guides, audio tours, a distillery tour, Mob Museum Scavenger Hunt, and a Mystery Mob Game. Once you’re ready to wind down from all those hands you’ve played, take a load off and head to the Mob Museum.