15 most iconic buildings in America 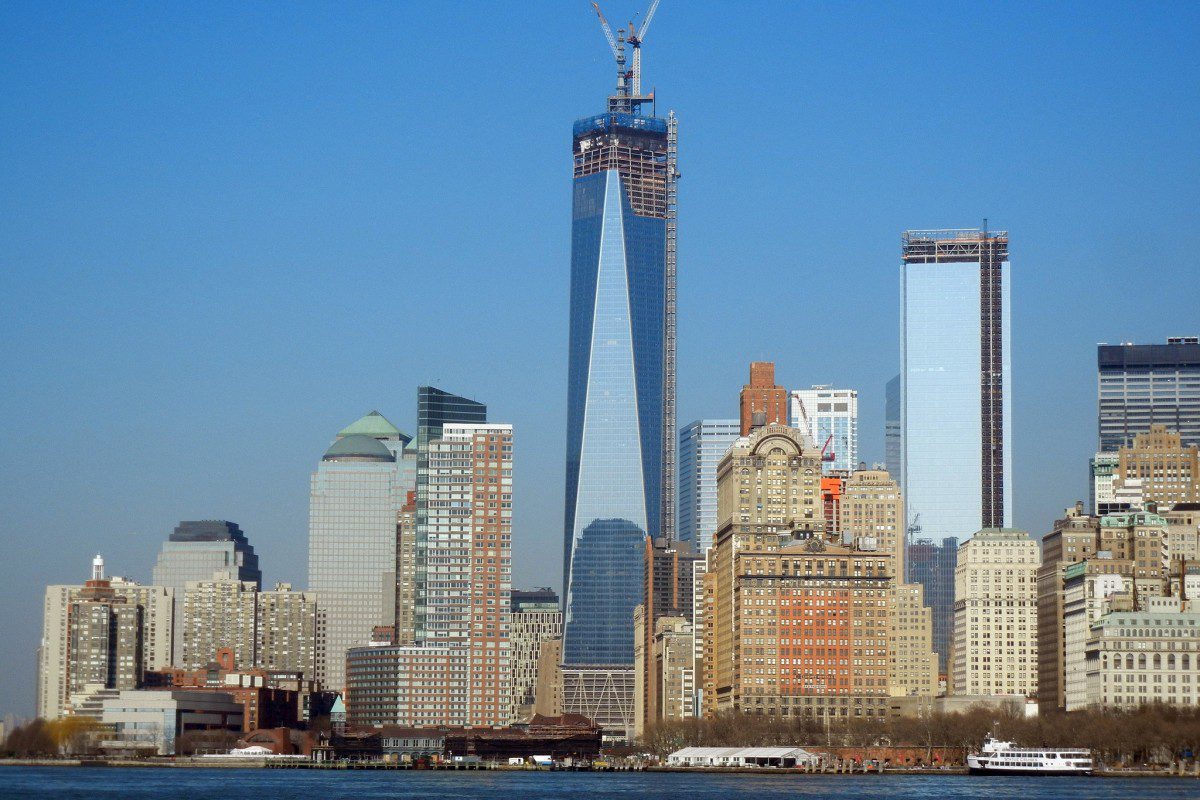 The United States of America is a country filled with a lot of history, with remnants of that history in the form of buildings still standing today. Here are 15 of the most iconic buildings in America.

This building is located in Goat Hill, Montgomery and is constructed in the architectural style of Greek revival, and the building had undergone some renovations and it was originally built by Stephen Decatur and finished in the year 1847. The building is currently open for and receives tourists year round.

This is one of the most famous and iconic buildings in the state of Philadelphia. This is because, in 1776, the Declaration of Independence was signed in this building. Furthermore, the constitution of the United States was also signed in this building and it is declared as a Heritage site for the significant role it played in the independence of the people of the United States.

Also referred to as the Capitol Building, it was started in 1793 and completed in 1800, but was destroyed and rebuilt again. It houses a lot of collections made up of American artwork, as well as being a tourist destination for inquisitive visitors. This building is also the site where numerous discussions and debates about the welfare of the country were held, and its original design and layout was chosen by Then President George Washington.

It has the honour of being one of the oldest buildings in the city, and also one of the most well-known and visited. Built in 1718 it was involved in a serious fire which engulfed and destroyed the building in 1788 and rebuilt a year later. The current building structure was originally designed and inaugurated in 1850 and was in the past visited by notable people such as Perier, Bienville, Vaudreuil and Spanish dignitaries such as Galvez and Miro.

One of the most iconic and recognizable buildings in the US, it also doubles as the place of work and place of residence of the President of the US. Building of this monument took place between the years 1792 to 1800 and the then president moved into it after it was completed. The complex which encloses the building is at all times protected by the Secret Service, alongside the Park Police and its airspace is strictly forbidden for aircrafts or drones to fly through.

It is a 48 story magnificent architectural masterpiece and from its construction in 1972, it was the highest building in San Francisco until 2018. It was the headquarters of the company, Transamerica Corporation and is presently a tourist attraction to visitors of the city.

This once belonged to a former president of the US, Thomas Jefferson and was also the site of a plantation, where slaves were forced to work and live in. Built in 1772, it was the location of his burial, and it is currently a heritage site as well as a tourist destination. The design, chosen by Jefferson has a neoclassical inspiration and nature.

The neighbourhood surrounding this building is christened the flatiron district and the building is both a New York City Landmark as well as a National historic landmark. The shape of the building is a triangular one and it is one of the most recognizable building in New York.

The dam was built between the border of Nevada and Arizona for the purpose of generating electricity and power, controlling floods, and also to store and regulate water supply.  Its construction was finished in 1936 and was dedicated by then-President Franklin Roosevelt. It is a tourist site for visitors to witness and marvel at the enormous size of the building.

The church can trace its origin far back to 1877 when it was originally built. It is currently still in existence and offers Sunday and weekday services and welcomes worshippers from all denominations. It is also immersed in communal and community services and outreaches and has since offered free carol and anthem performances for numerous years.

This modern-looking library constructed in 2004 is made out of predominantly concrete, glass and steel, with the ability to contain more than 1.5 million books. The library is always open easily accessible to all, with spaces provided for underground parking as well as computers provided inside for use.

Having the privilege of being named the oldest lighthouse in New York, it was finished in 1796 and is bestowed the status of being a National Historic Landmark. There are concerns of erosion along its shore and a contract was recently awarded in order to restore, renovate and also protect the building from further erosion.

This astounding building is a whopping 102 stories tall, with a height of 1,450 feet, built in 1931. It is famous all around America and welcomes well over four million visitors yearly and the building has also been mentioned and featured in numerous movies, most notably King Kong, as well as a host of many others.

This building is within the vicinity where a famous battle took place in 1836 between the early Texans and the Mexicans. They now offer guided tours to tourists and welcome about 3 million visitors annually.

So, when next you are in any of these cities or states in the US, keep an eye out for one or more of these famous and iconic buildings.