Music Festivals 2021: 10 Most Fascinating Festivals In The World 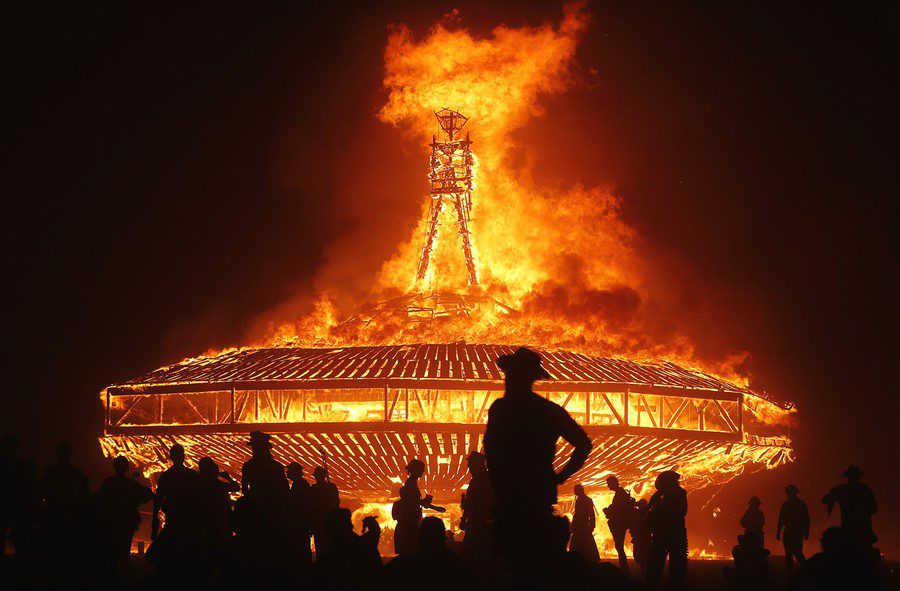 Hundreds of major music festivals and carnivals occur annually across the world, attracting millions of people of all ages. Although most people visit to see their favourite musicians play, others go to mingle. Irrespective of your choice or preference, a few festivals are so unique that you should attend them at least once in your lifetime. Here they are:

This musical celebration, which is one of the most popular and attended globally, is held yearly in California in the Colorado Desert. Paul Tollett and Rick Van Staten started the Coachella carnival in 1999, spotlighting musicians from various categories, including upcoming and well-established artists. The record appearance for these festivities was in 2017 where an estimated 250,000 people attended. Besides music, it is also an avenue to display different interesting artworks ranging from sculptures to paintings. The Coachella Music festivals 2021 has been cancelled due to the ongoing COVID-19 pandemic.

This is a yearly predominantly hip-hop and R&B festivity sponsored by the New York radio station Hot 97FM. Every year, the festivities showcase the hottest hip-hop and R&B songs and jams and give opportunities to many artists in this category to perform on stage and make themselves known to a wider audience. This festivity is normally held around June every year.

Annually in Nevada, the Burning Man music festival holds as a showcase of art and self-expression. Since its inception in 1986, the festival has featured the burning of giant effigies as a radical mode of self-expression. The experience is breathtaking. According to its founders, the music festival is founded on certain beliefs: inclusion, gifting, civic responsibility, and participation. Sadly, the Burning Man Music Festivals 2021 has been cancelled.

Lollapalooza is a popular music festivity held in Chicago, USA, and different parts of the world. First founded in 1991 by Perry Farell, it is presently a yearly festivity that has been previously headlined by megastars such a Kanye West, Chance the Rapper, and OutKast. The yearly appearance is estimated to be at about 400,000 people throughout the four-day festivities. It is now an attraction for mostly a younger audience. The 2020 edition of the festivities was a virtual broadcast as partygoers could not physically gather due to the pandemic, and performers such as ASAP Rocky and Lupe Fiasco.

performed for the virtual audience. The Lollapalooza Music Festivals 2021 is holding from July 29 to August 1 in Chicago.

This is a rock music festivity that usually goes on for 72 hours and takes place in Niigata Prefecture, Japan. Their performing acts features mostly Japanese artists and much more international artists and are the biggest outside-held musical event show in Japan, with an estimated appearance of over 100,000 people. The first concert organized in 1997 was a disaster due to an unexpected typhoon that hit the venue the day of the festivities, but as the years rolled by, it became and still is a big attraction in Japan. This year’s festivities will not hold.

6. Splendour in the Grass (Australia)

This exciting showcase is held in Mexico and is a 24-hour festivities and party. The party goes on non-stop, and there are various other organized activities taking place. Despite the musical performances, Bahidora is more of a festival than a musical show. Non-musical activities like kayaking, swimming, and even circus acts are offered and performed by individuals. You can even get a massage by massage therapists present there. The attending individuals are predominantly Mexicans, with a small percentage of international partygoers.

This is a three-day celebration and is organized and takes place on Lake Malawi, within the African nation of Malawi. It was first organized in 2004 and originally established to introduce Malawi to interested foreign tourists and encourage a visit to the African country. Other activities like dancing, theatre, and even mixed martial arts are performed at the event. Most of its musical performing individuals are from African countries and a few select from outside Africa.

These festivities are a musical celebration and a celebration of other art forms such as theatre, comedy, circus, and even dance. Initially and originally inaugurated in 1950 by

Michael Eavis is widely attended each year by more than 200,000 people. Most of the staff of this organization are volunteers who do this without any pay or very little pay and help these festivities raise money for charity. This is one of The UK’s most famous events, and its record appearance was in 1994, where they recorded a crowd of over 300,000 people. The BBC has even covered recently organized events, but the festivities were last held in 2019 due to the recent pandemic.

Also known as Festivities Internacional de Benicassim, Benicassim celebrates Pop and Rock artists. It also features fashion shows and art displays. The first edition of this event was held in 1995. Its record number of visitors throughout the festivities stands at over 150,000 attendees. The Benicassim Music Festivals 2021 may well break that record.