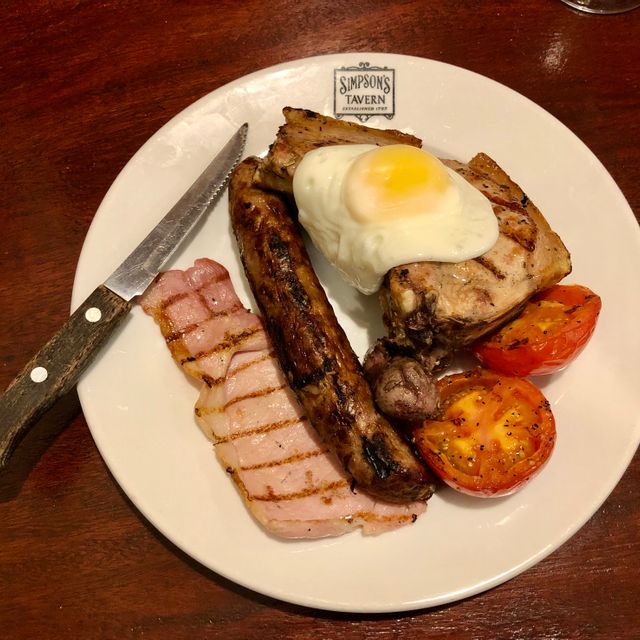 What is the oldest Restaurant in London, England?

In England’s most populous and capital city lies cool spots for relaxation and refreshment, which offer varieties of palatable indigenous meals and cuisine at different budget rates. However, what may be amazing to note is that some of these spots had been in existence since the 17th, 18th, and 19th centuries. Thriving through economic turns and changes in delicacy preferences, these restaurants in London offered and are still offering delicacy and warmth from yesteryears to curious newbies and those who still crave the taste of cuisines from yesteryears. We compiled a list of ten of the oldest Restaurants in London, England; you can check out at your leisure or when you visit London.

Founded by Thomas Simpson after the demolition of his First Fish Ordinary Restaurant at Bell Alley in Billings-Gate, the present Simpson site, which was gifted to him by his father, began operation in 1757. Though its layout concept had been slightly changed since its first operation, the location and the interior traditional English setting, which is signature to Simpson, had remained the same to date.

Through the centuries, Simpson Tavern had not relented in serving traditional English food in the mannerism of old British custom and remains a great delight to both city workers, visitors, as well as all those who still have a thing for traditional food. It has served generations past and still serving and doesn’t seem to be fading away anytime soon.

The Simpson Tavern is situated Opposite the Jamaica Wine House at 38 1/2 Cornhill in London EC3V 9DR.

Coffee houses had remained essential spots in major cities of the world, especially the English community, for relaxation, meet-up, discussion, and a cup of coffee or two. Through the years, coffee houses have evolved in their service operation and terms of use, but what hadn’t changed is that a steaming coffee cup is handy when you get into one. In the most populous city of England, where new coffee brands are in constant supply and new coffee houses are springing up, is an ancient Coffee house that had been in existence since 1654.

The Queens Lane coffee house is no doubt the oldest coffee house in entire Europe established after the English Civil war, surviving through the great fire of London, and still very much in existence today, a visit to the Queen’s lane coffee house is a walk down history enjoying the warmth and hospitality of this historic establishment located at 40 High St. Oxford OX1 4AP, UK.

The Wiltons have been in business since it was established in 1742, founded by George William Wilton close to Haymarket in London, and sold delicious Oysters. Today, over 281 years later, the Wilton restaurant continues to bring warmth and class from yesteryears to visitors and regular customers alike. If you seek a restaurant set up to cater to the elite, Wilton is your best bet; its policy forbids the use of phones, makes this Restaurant which prides to be older than America, a cozy discreet place to enjoy seafood in the city. So, are you visiting London anytime soon? Make sure you drop by at Wilton, located at 55 Jermyn Street, St. James London SW1Y 6LX.

Established in 1867, the Kettner Townhouse has evolved through the years and thrived through more than two centuries providing tasty cuisine and a cool spot for relaxation and socialization. The Restaurant has provided catering services for 154 years and is still counting.

Founded by Auguste Kettner, who once served as chef to Napoleon III, it prides itself as the first and oldest French Restaurant to be established in London. Through its existence, it has been a historic relaxation hub for notable elites and creatives. This includes King Edward VII, Lillie Langtry, Oscar Wilde, Margaret Thatcher, and Sir Winston.

It has changed location and outlook through its existence; its present structure consists of Seven Georgian townhouses in which a club space and bars are situated.

The Rules Restaurant prides itself as the oldest Restaurant established in 1798 and has been serving classical English cuisine ever since. In its 223rd year in existence, the Restaurant is still in operation, delivering traditional British cuisine to locals and visitors.

The Restaurant was founded by Thomas Rule and prides as one of London’s oldest Restaurant, located presently on Maiden Lane in Covent Garden, the Restaurant which originally served oysters had since evolved through the years, and different leadership administrations now offer delicious oysters as well as traditional British meals to its customers. Relive history as you plan to pay a visit to Rules when you come to London; find them at 34-35 Maiden Lane, here in London, and it is the oldest fish and chip restaurant in London.

Located at 39 Queen Victoria Street here in London is one of the oldest restaurants in London, Sweetings, established in 1889.

Since its establishment, Sweetings has not quavered in serving seafood to locals and visitors alike. The establishment, which has thrived since the 19th century through different owners, is notable for its signature drink, Sweeting Black Velvet which is both Guinness and champagne, which attracted elites including Fergus Henderson to this historic institution.

This Restaurant has been in existence since 1926 and was established by Veerswarmy, the grandson of an Army general and an Indian princess. It is the oldest Punjabi Restaurant in London and one of the oldest restaurants in London

It serves traditional Punjab, Kashmir, Lucknow, and Goa cuisines; its ambiance has attracted elites such as Winston Churchill. The Restaurant is located at Victory House, 9-101 Regent Street Mayfair. Veeraswamy is the oldest Indian Restaurant in London’s Regent street.

Boulestin, located at 5 St Jame’s, London, was established by a TV Chef and Food writer Marcel X Boulestin in 1927 at Covent Garden and still delivers classical Irish, French, and Indian Cuisine. Ninety-four years down the line, the Boulestin restaurant is still one of the most popular restaurants in London.

Enjoy your special dining hangouts in the oldest dining hall still in operation today. Blackfriars had been in existence since the 13th century in 1239. Though it hadn’t been consistent in operation, it is still very much today as one of the choicest dining hall and restaurants where you can get traditional English food.

The Restaurant was first established in 1917 as a Café but has since expanded, rising fast to become the relaxation spot for performing actors, including Olivier Laurence and Noel Coward. The Ivy is the oldest Italian Restaurant in London.

The IVY is located at 1 – 5 West Street London and is known and frequented for its ambiance and Asian meals.