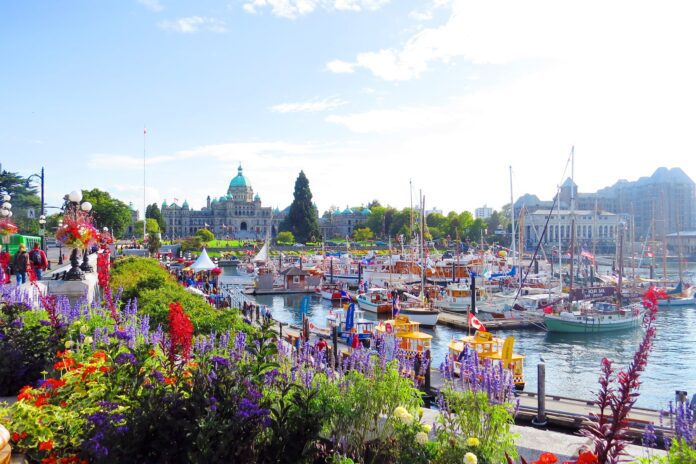 Safest Cities for LGBTQ+? This month, many LGBTQ+ travelers will head out for summer trips and Pride Month celebrations alike. Yet, for this community of travelers, taking a trip isn’t as straightforward—or as safe—as it is for others. In some destinations, LGBTQ+ travelers still face discrimination and the risk of harm, so it’s incredibly important to know which destinations are most open and welcoming—and which require a heightened level of caution and vigilance.

To that end, we worked with our partner GeoSure (who powers TripIt’s Neighborhood Safety Scores feature)  to understand what the safest destinations are for the LGBTQ+ community based on their analysis of metadata captured from hundreds of trusted sources.

Here are the top 10 safest cities for LGBTQ+ travelers, according to GeoSure data.

Each June, the city celebrates Pride Month with a festival and parade. This year, it takes place Saturday, June 18. And all year long, LGBTQ+ travelers can enjoy drag performances, queer film festivals, and dance parties, as well as patronize dozens of the city’s LGBTQ+-owned businesses.

Did you know? Travelers can access hyperlocal safety ratings for myriad categories along any point within their TripIt itinerary for more than 65,000 cities and neighborhoods. Specifically, the LGBTQ+ safety score incorporates factors such as the likelihood of harm or discrimination against LGBTQ+ persons or groups and the level of caution required at a location. In the TripIt app, Neighborhood Safety Scores focus on the level of risk (whereas the rankings in the post represent the level of safety).

While many cities around the world celebrate Pride Month in June, celebrations—including Pride Week—in St. John’s kick off in July. This year, St. John’s Pride Week and Come Home Queer both commence on July 15. The Pride Parade takes place on Sunday, July 24.

Need a place to stay? Check out Misterb&b—a vacation rental site that lists private rooms, apartments, and LGBTQ+-friendly hotels to help you select “welcoming accommodations that fit your style and budget.”

As the capital city of the first U.S. state (Massachusetts) to legalize same-sex mariage, Boston has long welcomed LGBTQ+ travelers.

Each April, the city hosts Wicked Queer, an LGBTQ+ film festival. For arts and culture year-round, plan a visit to The Theater Offensive—a theater company that works to elevate queer voices and highlights the diversity of the LGBTQ+ community through art.

Heading to Boston to celebrate Pride Month? Check out the city’s calendar of events for celebrations taking place all month long, including events for those with intersectional identities.

Looking for the safest neighborhood to visit in Boston? Chinatown ranks as the friendliest, with a neighborhood safety score of 88.

Each year, Kelowna—one of two cities in British Columbia to make this list—celebrates the LGBTQ+ community with Kelowna Pride. More than 12,000 people attend the annual event that promotes “a fun and safe way to celebrate the diverse and accepting community of Kelowna.”

Not visiting during Pride? Throughout the year, there are myriad LGBT2Q+ activities taking place around the city. Visitors can also enjoy numerous outdoor activities—from hiking, boating, and skiing to winery touring.

The Norwegian city of Stavanger has long celebrated the LGBTQ+ community—dating back to the inception of Gay Days in 1998 and the first official festival the following year. Since then, celebrations have taken place during the first week of September.

This year, Skeivå Rogaland Pride starts on August 29 and ends with a Pride parade and party on Saturday, September 3.

Visitors to Stavanger will also enjoy the city and surrounding area’s natural beauty, including fjords, mountains, and white beaches, as well as its many museums and charming old town.

The port city of Alicante is home to beautiful beaches and a laid-back lifestyle. According to Travel Gay, the city offers “a good selection of establishments catering to gay customers … you will find bars, saunas, and a cruise club, with most venues close to the seafront.”

While Scotland’s bigger cities such as Glasgow and Edinburgh attract the lion’s share of international visitors, the city of Dundee is the safest in Scotland (and the United Kingdom) for LGBTQ+ travelers.

Dundee, a UNESCO City of Design, is the fourth-largest city in Scotland, and home to cultural attractions such as the picturesque V&A Museum, myriad theaters and art centers, as well as a 45-minute self-guided Dundee Architectural Trail.

Planning to visit Dundee for Pride? Head to Dundee Pride’s Facebook page for the latest on events taking place around the city.

San Francisco is home to one of the largest and most prominent LGBTQ+ communities in the U.S. Its history is steeped in LGBTQ+ activism and the fight for equality. According to some, it’s the Gay Capital of the World.

That said, San Francisco is also home to one of the safest neighborhoods for LGBTQ+ travelers—the Castro District—with a safety score of 92.

Planning to visit SF for Pride? You’ll be spoiled for choice when it comes to events and activities happening in the city and across the Bay Area. You won’t want to miss the main event, the 52nd Annual San Francisco Pride Parade and Celebration, taking place June 25 and 26.

For some travelers, Granada is perhaps best known as the birthplace and home to one of Spain’s most famous LGBTQ+ poets, Federico García Lorca. Year-round, the city offers visitors the finer things in life: delectable cuisine, local wines, and the opportunity to get lost in its maze-like streets.

Heading to Granada for Pride? The city’s festivities—called Orgullo Granada—take place throughout the month of June.

Clocking in at the top spot, Victoria is the second city in British Columbia—and third in Canada—to make our top-10 list.

So, what’s on offer for LGBTQ+ travelers? For starters, the Victoria Pride Festival takes place June 23 to July 2—and after a few years of canceled and virtual events, this year is set to be bigger than ever. This year’s festival includes a new parade route and an expanded park layout for the week’s myriad signature events.

Not in town for Pride? Victoria also boasts beautiful beaches and lakes, gardens and parks, world-class entertainment and nightlife, and much more.

Methodology: TripIt partnered with GeoSure, which analyzes metadata captured from hundreds of trusted sources, to determine the safest destinations for LGBTQ+ travelers. TripIt shows safety scores from 1 to 100, representing low to high risk, in the Neighborhood Safety Scores section (powered by GeoSure) within an itinerary.