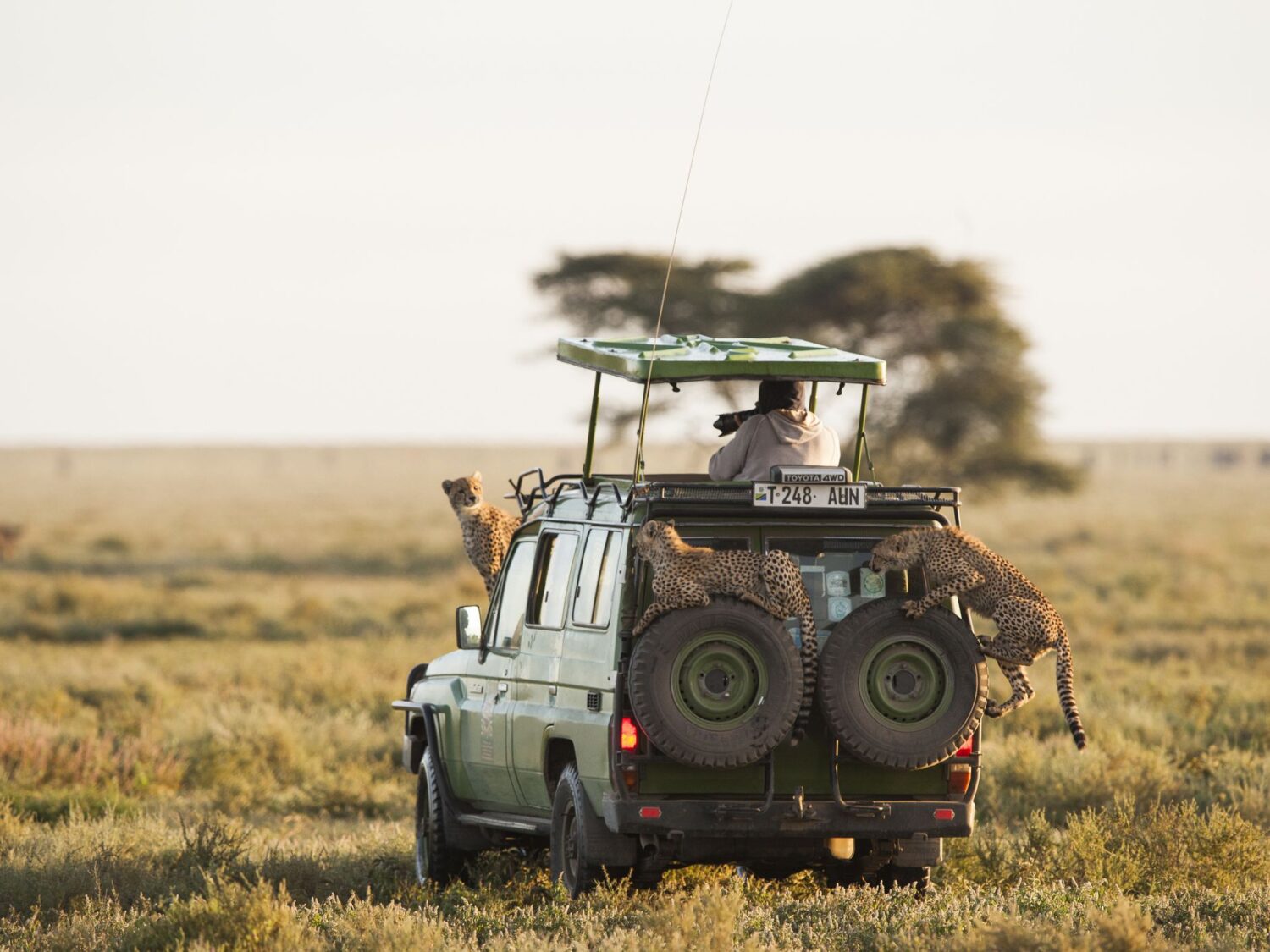 Africa is a highly sought-after destination for safaris. Annually, tourists worldwide flock to different parts of the continent to glimpse the fauna and beautiful terrain and vegetation that Africa possesses. If you are visiting Africa in 2021, the top safari game reserves to watch out for are:

Serengeti Park, one of the best and most famous parks in Africa, is universally dubbed the Jewel of Tanzania. This park consists of very lush and beautiful vegetation, complete with the largest creature migration on the planet. Zebras, wildebeests, and antelopes, and a host of other animals travel through the Serengeti and across the Kenyan Masai Mara at specific times throughout the year. The Reserve is divided into three regions, and human habitation is not allowed inside the park except for workers of the park and a few select individuals.

What is so special about Serengeti National Park?

The Masai Mara is also one of the most visited safari game reserves in Africa. This Reserve houses a beautiful landscape that stretches as far as the eye can see, occupying acres of space, and littered incredible wildlife. This Reserve, which usually has an abundance of visitors all year-round, also serves as a Rhino Sanctuary. The sanctuary protects about 60 Rhinos who are all consistently surrounded by armed creature rangers.

Originally named the Maasai Amboseli Game Reserve, this park is appreciated for its abundance of free-ranging elephants. The game reserve is within a clear view of the famous Mount Kilimanjaro. However, visitors must obey strictly enforced rules. Guests are not allowed to disturb the creatures in any way. Visitors cannot also get down from the moving Safari vehicle except at marked spots. The upside of a trip to Amboseli Park is the opportunity to visit a real Maasai village and interact with the residing tribesmen.

How much is Amboseli National Park?

Namibia’s top safari game reserve serves a very important function—housing the abundant fauna around the region. The Reserve comprises mostly sparse vegetation, and during the dry cycle, the creatures all gather around the not-so-many remaining watering holes to take a sip. An inexhaustive list of creatures that can be found includes Flamingoes, Black-faced impalas, The Black and White Rhinos, and even the Oryx.

This Reserve is sought after for its main attraction, majestic elephants. Chobe Park has the highest density of elephants on the whole planet. There are over 80,000 elephants who live on the Reserve and, depending on the cycle, migrate to other regions. You have a detailed view of elephants’ lives and the creatures the reserve harbours at Chobe Park. You can even take a boat safari along the Chobe River, which is sure to be an exciting and unforgettable experience. Chobe Park administration limits the number of visitors that can be allowed into the Reserve at a time in order not to disturb the creatures and the fragile ecosystem.

This South African park is renowned for being one of the largest countrywide parks in the African continent. It boasts several classes of fauna and wildlife, ranging from Cheetahs to African Wild dogs and Lions. It also houses more than 500 different birds and proudly displays the beautiful scenery of Africa’s dense forests.

How much does it cost to go to Kruger National Park?

This park is mostly an untouched wilderness, with creatures allowed to roam about freely and undisturbed by fences or barriers. Visitors to the South Luangwa park can participate in daytime and nighttime Safaris and bushwalks. The park is also popular for its hippos and leopards.

Moremi Reserve is a designated protected region in Botswana. Named after a Chief of the Botswana Tribe, Chief Moremi, its Bushmen inhabitants still reside in the Reserve. This Reserve contains over 400 classifications of beautiful birds and one of the most diverse African ecosystems. Despite being relatively small – just under 5,000 square kilometres – it boasts a rich blend of natural flora and fauna. A variety of animals like jackals, rhinos, and warthogs are present and surviving in this Reserve.

This region is named after the Ngorongoro Crater is now a UNESCO Heritage site. Ngorongoro is filled with adventure, experience, and picture-worthy moments. Creatures move freely, and there is some human habitation. Subsistence farming and cultivation are also allowed. The creatures present include Elands, Hippos, Wildebeests, African Buffaloes, black rhinos, blue monkeys, and the silver-cheeked hornbill.

Is Ngorongoro Crater worth visiting?

This Reserve can also be referred to as the Tsavo ecosystem because its home to creatures and other fauna from the South of Kenya to North-East Tanzania. This region covers more than 42,000 square kilometres, with over 25,000 square kilometres of it being protected. Elephants here make up about 40% of the elephant population in Kenya, and the Black Rhinos also amount to 18% of Kenya’s black rhino population.