SHOCKING: Why airplanes don’t fly over the North Pole 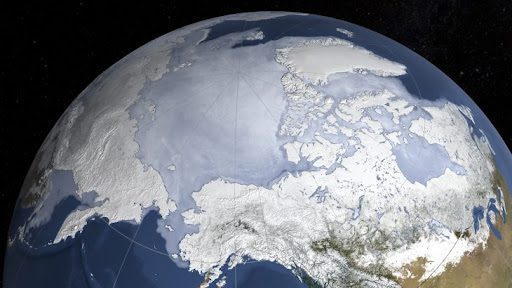 Let’s get right into it!

Why airplanes don’t fly over the North Pole

There are a lot of reasons Why airplanes don’t fly over the North Pole. In most cases, airlines or private aircraft don’t simply decide to operate over Polar Routes anytime. They must receive regulatory approval to do so because of:

Navigation – The flight must navigate using True Courses and not Magnetic Courses. At and near the pole, the lines of longitude converge so rapidly that simply flying in a straight line involves constantly changing the heading. In addition, near the magnetic north pole, compasses are nearly useless due to a “dip” in the needle, amongst other things. The aircraft must have either INS or IRS (Inertial) Navigation capability as a basis for FMS Navigation to back up GPS.

Maintenance and MEL – Policies and Procedures to support all the above must be part of the Maintenance Program.

Besides these four, solar radiation is another key reason airplanes do not usually fly over the North Pole.

The Earth’s magnetic field deflects most solar radiation. However, at the poles, the field converges into the Earth, allowing solar radiation an opening into the atmosphere. No single polar flight exceeds safe radiation levels, so most passengers are safe. But repeated exposures by flight crew could constitute a risk. In fact, airline pilots are exposed to more radiation than most nuclear power plant workers.

Why Airlines sometimes Fly Over The North Pole

We all want to spend the least time possible on a journey. And the two-dimensional presentation of Earth causes us to think about international travel from the west to the east perspective. Hong Kong, for example, is east of New York. However, the fastest route between those two points is not along the lines of latitude, following the rotation of the Earth.

The first commercial airline to fly over the north pole

Air France was the first commercial airline to fly over the north pole on the routing Tokyo – Anchorage – Hamburg – Paris on 18 February 1960 using Boeing 707-328 Intercontinental equipment.

News has it that an Air India flight made its maiden trip over the North Pole on August 15. It has set a record by becoming the first Indian airline to fly over the north pole. Reportedly, the flight from Air India Delhi to San Francisco usually takes the Atlantic or the Pacific Ocean route but made an exception on August 15 by flying 0 degrees north.