The Wonders Of Zimbabwe’s Victoria Falls 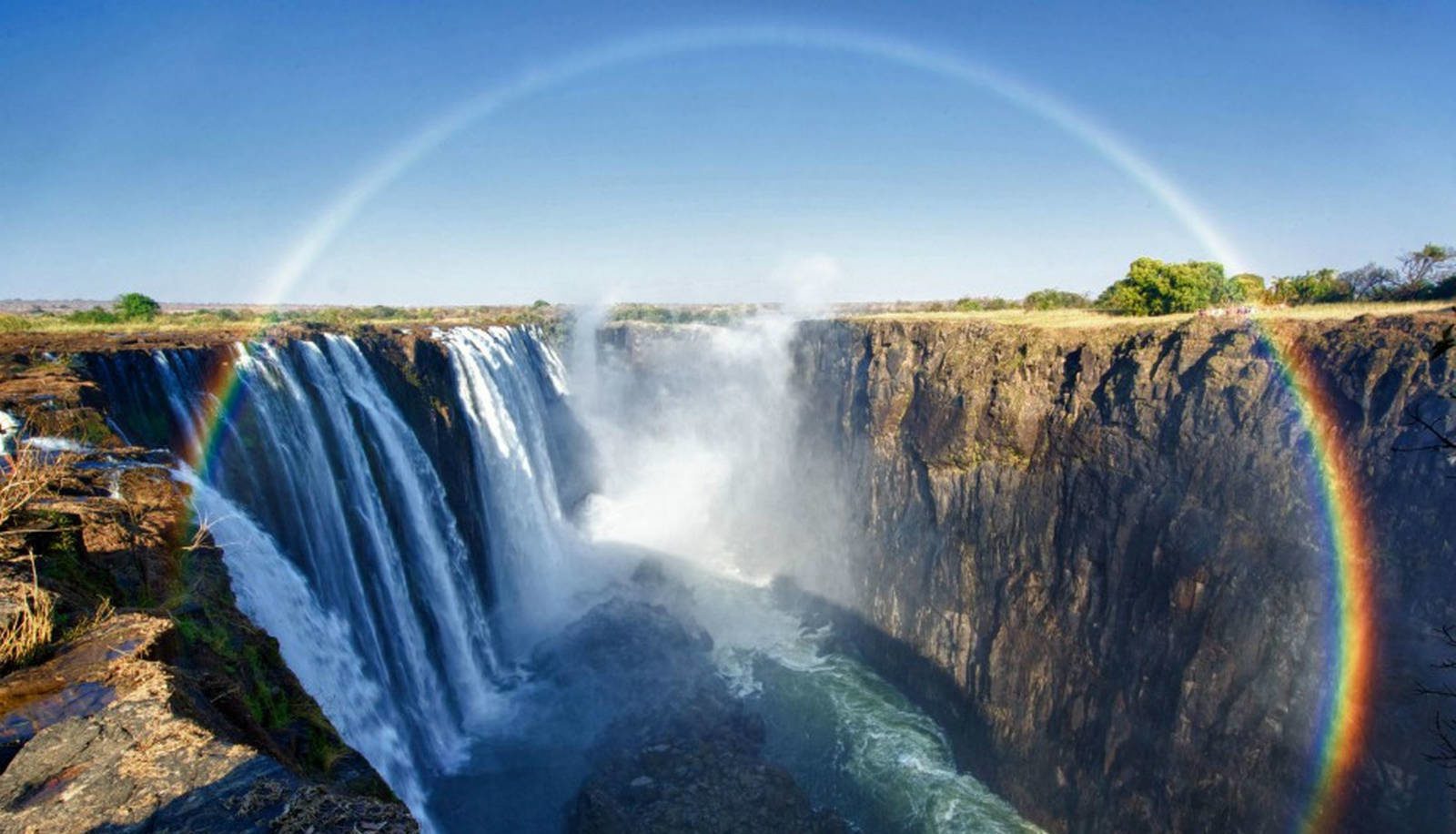 Zimbabwe draws out a dramatic landscape and diverse wildlife from southern Africa. The parks, reserves, and safari areas are bestowed with this outstanding wildlife.

If you take a walk on an excursion down to Mana Pools, you’ll find out for yourself that it is one of the least developed safari parks in the country. It is made popular because of its tracks and canoeing. Mana pools are located in the North of Zimbabwe.  A lot of pictures have been taken of the world largest man-made lake, this lake can be found along the border between Zambia and Zimbabwe, it is called lake Kariba.

Zimbabwe owns a special set of wildlife, from birds like the black eagle to the rare black rhino.

Some of these animals are commonly seen, for example, the giraffes, buffalos, and zebras. In contrast, black and white rhinos are rare. All these animals exist within the walls of this great nation, Zimbabwe.

Zimbabwe, a country that was colonized by Britain, secures an independence for less than 40 years, which gives it assured security. But people traveling to Zimbabwe should be cautious of petty crimes and scams, subsequently, the country is generally safe.

The Victoria Falls, which many people around the world know to be first viewed by an explorer whose name is David Livingstone, in 1855. David named it after Queen Victoria.

Zimbabwe is a country generally known around the world for owning one of the world’s greatest waterfalls, just after the American Niagara falls. This makes Zimbabwe one of Africa’s favorite country to go on a safari.

Though Victoria falls is not the biggest or highest in the world, it is approximately the height of North America’s highest waterfall.

Victoria falls purely natural, and its height is 108 meters into the Zambezi river.

The Zambezi is the fourth-longest river in Africa. It flows directly to the east and also flows down to the Atlantic ocean.

The Zambezi currents lead us to where we have the white water rafting and the scary bungee jumping. This place is called batoka gorge, and note that there will be nothing as the Victoria falls without this river.

As the year ends between September and December, the water level drops, and it’s flow lessens, making it possible for people, especially tourists, to swim at the fall up to the edge and even look down into the chasm. This unique waterfall is 1708 meters wide and 108 meters high, and always as the sun goes down on a full moon, we always have a rainbow across the fall, and this beautiful sight lasts from sunset to sunrise. People think the Zimbabwean side is the best to view this unique sight from, but no, either the Zambian side or the Zimbabwean side would give you a perfect view of Victoria Falls.

If you are on the Zimbabwean side, spray from the fall will leave you soaked. So make sure you 5ake as much waterproof as you can along to visit this marvelous arena.

It could be a stroll during your excursion or a holiday you are on. You may use the helicopter to get a top view of the fall, or rather go bungee jumping over the bridge, or better still, white water rafting.

It is a fact that Victoria Falls is a perfect destination for anyone.