5 Countries With The Best Street Foods 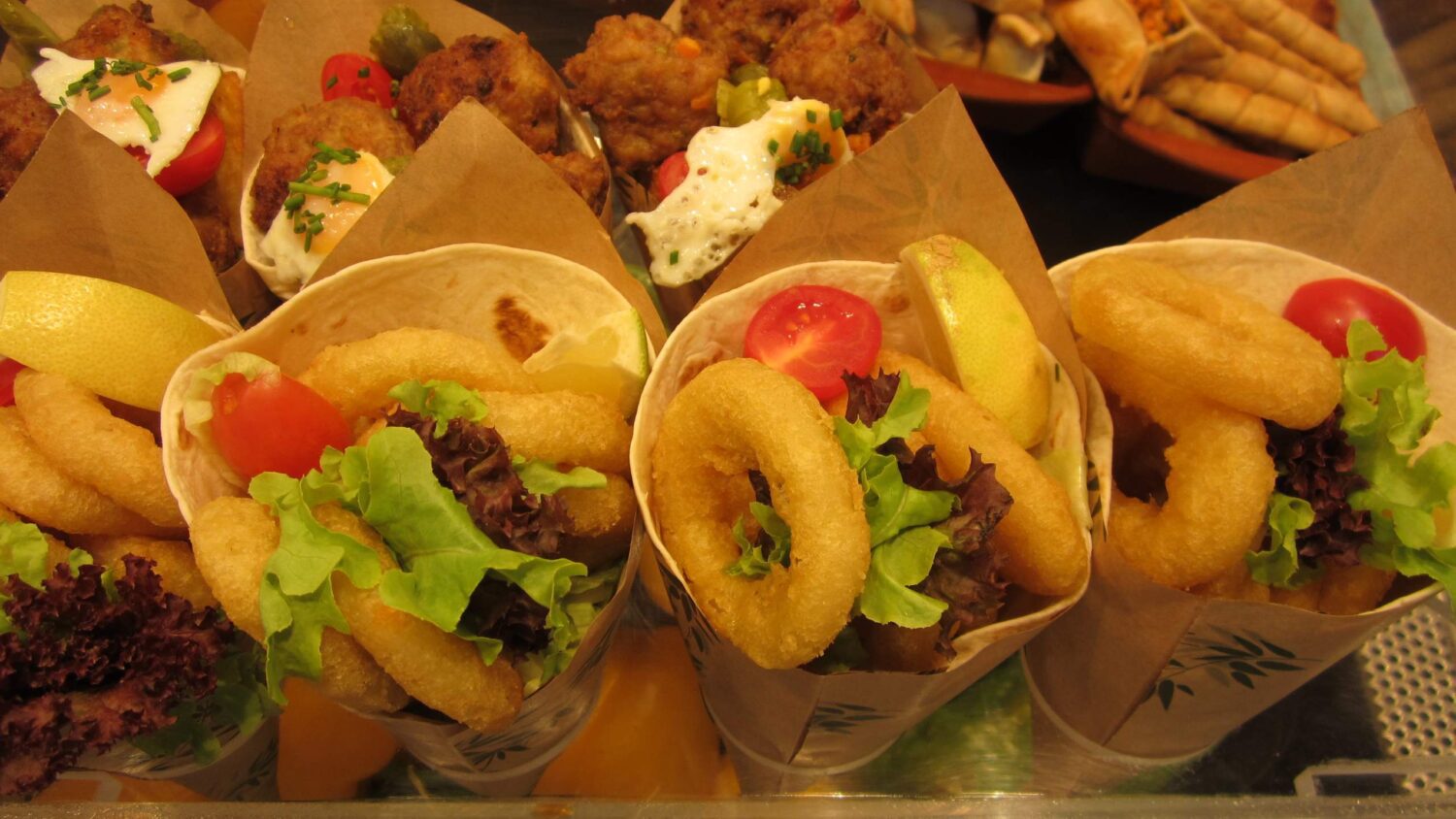 The combination of food and travel has been one of lives greatest convergence of experiences. Culinary adventures are dubbed as a natural gateway to exploring history and culture.

A life-changing culinary discovery is one that is compromised and surrounded by profound tastes, images of captivating meals, that expose a person to unforgettable flavors and leaves an adventurer in mouth-watering awe. Meals that can create a uniquely intimate visit for the traveler and after a delicious trip, the thought of such culinary pleasures becomes almost impossible to forget. However, such a unique adventure often takes proper planning, in order to make it a captivating one.

So, let us embark on an adventure with thrills of excitement as we get lost in 5 assorted street foods worldwide, to tickle your taste buds to plan your next culinary adventure.

Velpuri is an Indian puff rice snack. It is one of the most common street foods in the country and it is called ‘bhel puri‘ by the locals. The snack-like meal is savory with a crunchy texture. It is often made of vegetables and zesty tamarind sauce or green spicy chutney. The vegetables are an assortment of fresh tomatoes, onions, chilies, and potatoes. However, the ingredients differ across the region as variations of the delicacy have been adopted to adapt to availability and local tastes. As street food, bhel puri is served in a cone-shaped paper for ease and mobility. This is a must-try on your way to exploring the majestic palaces and historic temples of the ancient cities of India.

‘Aloo Chaat’ is a dish designed and magnificently perfected with pieces of fried and boiled potatoes. Often mixed with chutney (an Indian relish) and with assorted spices. It is extremely popular throughout the outskirts of southern Asia. It is often eaten as a snack and could be had as a light meal or a side dish with dessert. Aloo Chaat which is a region-specific dish, often varies across different localities, in terms of the chutney or spices used. An intimate reflection of the cultural history and expression of the specific area.

‘Banh mi’ is a dish that originated during the French occupation of Vietnam and the introduction of French cuisine to the Vietnamese diet. The French bread loaf, the baguette was one of such introductions in the 19th century. Banh mi means bread in Vietnamese and this renowned sandwich is a cross-cultural culinary experience, a pleasant realization of the collision of two cultures. It is made with a Vietnamese baguette and often consists of a fusion of several types of meat, which could including pork sausage, meshed chicken, a Vietnamese sausage, canned sardines, or pork liver pate, mixed in a tomato Sause. Vegetables are also added to the sandwich such as cilantro, cucumber, pickled carrots, and white radish, while condiments like white chili sauce, mayonnaise, and Maggi seasoning are the most common. This meal has become one of Vietnam’s most popular culinary exports as it is often prepared and sold by Vietnamese living abroad.

A special dish for everyone who tastes it, Jianbing is a meal sold by many street vendors, and commonly available in the morning. Jianbing is a flavorful crêpe, a savory pancake that is made by spreading the batter over a hot, cast-iron slab. It can be made using a variety of flour, like mung bean flour, black bean flour, and wheat flour. It is always freshly prepared and topped with eggs, Chinese sausage, or chicken. Drenched in a variety of mouth-watering sauces, such as chili sauce, savory bean pastes, and sometimes hoisin sauce, it is also filled with condiments such as spring onion, radish, scallions, mustard pickles, or cilantro.

Tacos are probably the most popular cultural delicacy on this list. It is so popular that it is celebrated in some places on certain days of the week, as it is widely consumed. ‘Taco Tuesdays’ anyone?!

Tacos are a traditional Mexican dish that can come in different forms. The tortillas are corn or wheat hand-sized flatbreads enriched with different types of fillings, such as beef, pork, chicken, seafood, beans, vegetables, and even cheese. It is often also garnished with various condiments such as salsa, sour cream, vegetables, onion, chilis, tomatoes, lettuce, depending on the eater’s preference. It is a common street food sold from a food truck in many areas across Mexico and America.

People get lost in the thought of enjoying a nice meal, while on holiday.